Secret Societies and the Elite 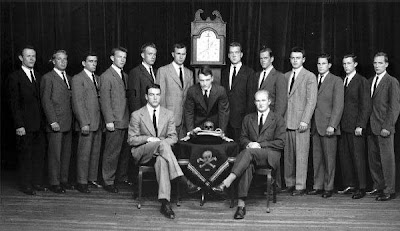 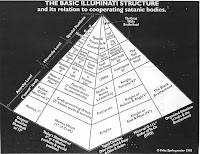 Gee where do I start, Skull and Bones, Illuminati, Bilderberg Group, Freemasons, Club of Roam, Order of Owls and the list goes on and on and on. I just happen to name some of the more well know names of these secret societies. Google any one of them and thousands of different articles come up. Some people devote their entire lives to uncovering these secrete elitist.

It's important to know that all of these secret societies consist of the elite, and what determines who is an elite is money, and money equals power. The more money you have the more power you have. Then it becomes all about who you know and the beliefs you have that will determine what societies you may join.

These elite secret societies that are determining the future for all of us. They determine what wars were going to fight, what virus or disease will be release, where the next terrorist attack will happen, what you watch on TV, what news is released to the public, control of the economic downfall, how much money will be printed and how much it will be worth, what goes into the food we eat and the water we drink even the air we breath, the types of energy we consume, the type of cars we drive, the borders we live in, the thoughts we have, the education we get, absolutely anything and everything that involves living in a society even including natural disasters. This is why the people in power keep it in the family. Granted once in a while an outsider make's his or her way in, but the secrete knowledge is hidden from them as well. When all major aspects of media say the same thing, we tend to believe what we are told. Why would we believe anything different? The internet is the one and only tool we have in this world that is still to a degree left uncensored. This also creates a backfire response though, in the sense that no one knows what to believe because everyone and anyone can publish anything. All you can do is research the truth for yourself .

One way to see how filtered the news that we get from all out major networks is by looking at foreign news resources and seeing the differences. Like the famous UFO in 2008 from Turkey. It made news all the way around the world but some how skipped over the United States. It's because these secrete societies feel they know what's best for us. We have been conditioned to be an ignorant society, pumping us up with fantasies of the rich and famous. This was all well planed out before they set sail for the new world. "I came, I saw, I conquered." A Latin sentence written by Julius Caesar in 47 BC. This is also the translation of the words on the banner

between the horses on a box of Marlborough cigarettes. Why would Phillip Morris be using a quote from the greatest conqueror of all time? Because Phillip Morris CEO's are some of the worlds top elite, contributing to depopulation, one of the bigger plans set out by these secrete societies. Depopulation policy became the top priority under the NSC agenda, Club of Rome and U.S. policymakers like Gen. Alexander Haig, Cyrus Vance, Ed Muskie and Kissinger. Check to see if there is a Bio-Weapons Level 4 facility in your area, which Homeland Security calls a Bio-Defense lab. In a Bio-Weapons Level 4 facility, a single bacteria or virus is considered lethal. Many people are trying to stop these labs from being built, but they keep popping up. Why? Do I really have to answer that.

Dr. Henry Kissinger, who wrote: "Depopulation should be the highest priority of U.S. foreign policy towards the Third World."

Dr. Ignacio Chapela, a University of California microbiologist, discovered that wild corn in remote parts of Mexico is contaminated with lab altered DNA. During a presentation about his case, Chapela revealed that a spermicidal corn developed by a U.S. company is now being tested in Mexico. Males who unknowingly eat the corn produce non-viable sperm and are unable to reproduce.


The National Security Agency was a secrete society long before it became public. It's all about timing for the elite in order for their plans to be carried out for success. Same with the Bilderberg Group, it only became public about eight years ago. Before that it for the most part d

enied. Nothing public was ever published and still the whereabouts of their meetings are not made public by the media. The newest plan by the Bilderberg Group is to combined the sovereignty of all three country's in the North America using one currency called the Amero. Getting us one step closer to new world order. Don't think this is possible? Look a Europe and the euro for example. Here's a small list of participants.

The problem is, is that these elitist are making decisions for our future without us knowing about it. And if anyone says differently it's written off as conspiracy nonsense. Why?? Because it's illegal to conspire policy for societies in secrete, but sense they have the power, there is not much we can do except pass the knowledge and expose what is going on as best we can. Alex Jones and David Icke are two of the top journalist uncovering the truth. The truth is out there you just have to acknowledge it, attain control of your thoughts and allow new ones to enter, the time is now to set your self free by attaining your attainable mind.
Email ThisBlogThis!Share to TwitterShare to FacebookShare to Pinterest
Newer Post Older Post Home