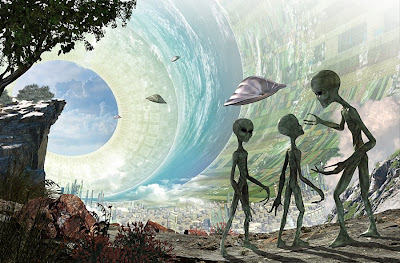 Sense the beginning of the exploration of the planet human kind has documented very point of the earth.

But there is still one spot yet to be documented with images. We have v

ideo's and pictures from all around the planet thanks to modern technology. But It's at 84.4 N Latitude, 141 E Longitude that this story begins, simply because there very few photo's documenting this spot on the Earth and not one photo from the surface. This place was first accidentally discovered in 1829 by Olaf Jansen and his father. They found the entrance in to the inner earth. Said to be a undiscovered paradise, with palm trees, warm water, and an abundance of life. Some believe this to be the spot where the aliens live, inside are hollow earth. Not only aliens, but the garden of Eden and the city of Jehu. It's estimated that within 1,500 miles from the entry of the land beyond the pole you would reach the 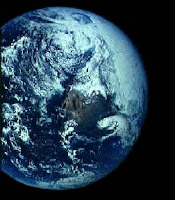 shore you would find the River Hiddekel that you could follow up to this city of Jehu. With in this city, it's said there is an inner earth monorail connecting all of the other areas of the inner earth such as the garden of Eden. This is also thought to be home of King David and is was his descendant that was the founder of the ancient nation of Israel in Palestine, from which the Lost Ten Tribes migrated to the North Countries in about 687 B.C. Sounds like alien mischief to me.

Wrap your head around that one!

Now of-course this is highly controversial but there is a good amount of evidence to support this claim. If anything, there is something very strange going on at this spot on the plan 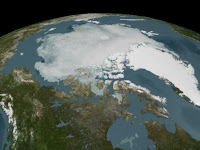 et. When I looked at the scientific data I was astonished at what I found. Beyond the myths and the fairytale, I'm going to show you the real scientific facts, photo's and data that this mysterious spot has to

offer. First off, this one spot on earth has cloud cover year round, which makes it impossible to capture any surface photo's. Take a look at this NASA video of the northern hemisphere, it's shows last years weather from winter to winter. Notice anything strange?? Maybe the perfect circle in the exact same location where this entrance to our inner earth is suppose to be. Here's another NASA video showing the formation of Noctilucent clouds. Again we see the same hole on the op of our planet. Sure you might say this is just the center of were the satellite collected the data, just seems odd it's always at the exact same spot. Here's another one showing the flow of the ozone layer, what interesting about this one is you'll notice a small speck of land again in the exact same spot.

Then I went on to the California Regional Weather Server and looked at the animation from data over ten days of jet stream flow. Very strange to say the least.

Maybe this is all true, maybe there is a hollow Earth, maybe there is a internal sun and a whole different world in our inner Earth. You would be surprised on how many people believe theory. There are people getting ready to make the expedition to this spot near the north pole. NPIEE - The Greatest Geological Expedition in History . Is gearing up and raising the money to go, and their going to make a movie about the whole thing. Open to your mind to what could be, free yourself from the walls of major media, expand your thoughts to attain your attainable mind.
Email ThisBlogThis!Share to TwitterShare to FacebookShare to Pinterest
Newer Post Older Post Home