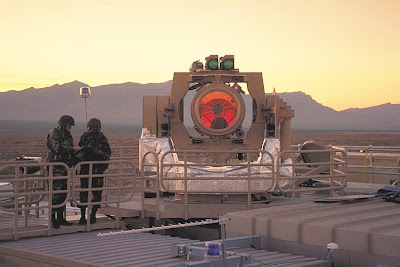 For those who don't know who Nikola Tesla is, he was most famous for figuring out AC electrical 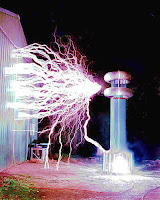 current rather that DC electrical current. DC current can not travel very far and AC can, this is how all power plants send electricity out to the masses. If it wasn't for Tesla, most of us would still be living in the dark ages. He was also the inventor of the Tesla coil, which could generate very high voltage, low current and high frequency alternating current electricity. Educational centers still have Tesla coil's on display and are use in demonstrations to show how electrical current works.

Tesla also had come up with the idea of a death ray, which can shoot things out of the sky in half 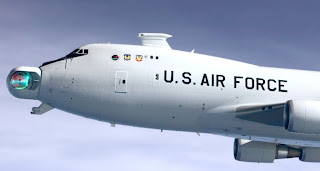 a second. Their is denial that the ray exists, but it's real, very real and is currently in use. They even have one on the front end of a 747. It may not be the exact same design that Tesla came up with but it was his work that got the whole ball rolling. The first death rays were built in the 80's and were experimentally used in Panama in 1989 splitting cars and melting people. The US calls it the "HEL" or High Energy

Laser program and it's been being going on sense the 1960s. Todays death ray is now called the "THEL" or Tactical High Energy Laser and was jointly built by the US and Israel sub-contracted through Northrop Grumman. Sense the THEL program started in 1996 it was built in two configurations, the static baseline THEL and the Mobile THEL which is actully the MTHEL. Now publicly they claim, that it can shoot down artillery rockets, artillery shells, mortar rounds and low flying aircraft, by a freaking laser beam! The current mobile HEL is a demonstrator called the HEL TD which stands for High Energy Laser Technology Demonstrator, and has a running budget until 2013. Their goal is to be able to:

2) Ultra-Precision Strike with little to no collateral damage;

4) Neutralizing mines and other ordnance from a stand-off distance.


Now you have to remember that this is what was release to the public from the military, the true 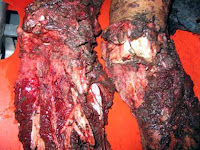 capabilities of what these lasers can do, they only know. It's already being used by the Israelis against the Palestinians illegally! Melting people and burning their flesh. This laser is going to be able to or already can fry the head off a nail from miles away in a millisecond. The military now also has plans to put these up in space in order to shoot down what ever they feel is a threat. Lockheed Martin also has plans to put their Multiple Kill Vehicle or MKV up in space as well which isn't a laser but going to be another impressive weapon in space. Check out their promotional video, it's almost comical the way it's presented.


My big question is why are all of these weapons being developed unless there was a real threat of WWIII. Or maybe this is all part of a interstellar war between the aliens. Let's say there are two 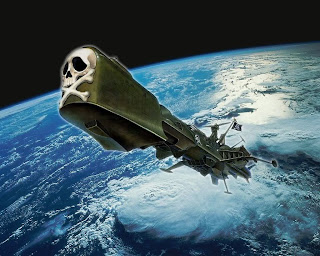 alien races, one is good and one is evil. The good aliens are here trying to help the human race to move on to the next level of consciousness, and would eventually want to live in harmony among us. Then there are the evil aliens, who are working hand and hand with world governments and other elite, trying to depopulate the earth, creating fear, hatred and war. You need to ask yourself, we might just be caught in a interstellar war between different species of aliens. Sound a bit crazy? Sure it does. But what's even crazier is the NASA video of these lasers being shot at UFOs above the atmosphere. Take a look for your self in this next video. The video footage your looking for is at about one minute. You'll see a UFO make a radical change in movement, then you see a beam of light come from the earth blasting at it. Then it happens again with another ship, it makes a 90 degree turn and takes off just as a beam of light shoots from the ground as if they knew it was coming. They mention this "streak" of light as some kind of weapon system. They said it not me.

Someone is shooting laser beams at UFOs! This is the real thing. NASA does not make UFO video's. They shoot it as they see it, and it's very obvious that this is a video of a UFO being shot at by some sort of beam. By whom?? By us, under the control of the reptilians? Maybe. Who knows what the truth is, all we know is what we see and what we hear. What you believe is what you perceive to be real. This Death Ray invented from the ideas of Nikoli Tesla is very real and is use today. These images don't lie. Attain the mind for which is rightfully yours, understand the world you live in by attaining your attainable mind.
Email ThisBlogThis!Share to TwitterShare to FacebookShare to Pinterest
Newer Post Older Post Home