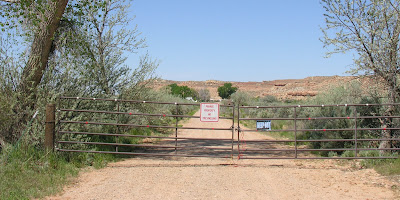 UFO's, Orb's, mutilations of animals, disembodied voices, poltergeist activity and invincible creatures, all happening in the same place about 150 miles east of Salt Lake City at near the base of the Uinta mountains at a place called "Skinwalker Ranch". So many strange things have happened in the area that it's thought to be a place which holds an inter-dimensional portal. This area has been known by the Ute Indians for hundreds of years as the "path of the Skinwalkers". 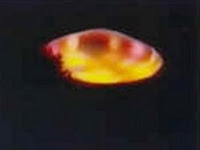 In 1994 a family of cattle ranchers named the Gorman's (a pseudonym) moved to this piece of land after it had been abandoned for seven years. They lived there for about 20 months and with in that time they saw many strange things. Such as the first day they arrived on to the ranch as they were unloading their things they noticed a wolf in the distance. The wolf started to walk closer to them from across the field. The wolf seemed very tame, and by the time it got close to they realized it was about the size of a small horse. It then proceeded to lunge at their cat and as it had it in it's mouth Tom (head of the family)

grabbed a baseball bat and beat the wolf with it, but it had no effect. He then had his son grab the 357 magnum of the truck and shoot the wolf but it still had no effect. He then grabbed his .30-06 (one of the worlds most powerful hunting rifles) and repeatedly shot this wolf over and over and finally a piece of flesh flew off the animal. It dropped the cat from it's mouth and it headed for the woods. They figured they would go after the wolf and try to kill it, so they followed the tracks until they came to a stop as if it had vanished.
After that, all sorts of poltergeist activity's started to happen. Such as one day when the wife went shopping for a weeks worth of grocery's she brought them inside, put them in the cabinets, went to the bathroom and when she came back into the kitchen all of the grocery's were back in the 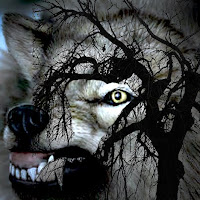 bags. Another time when she was taking a shower with the door closed, she set her towel and brush on the sink and when she got out of the shower they were gone, only to be found later in the freezer and microwave. Or the time when Tom was digging holes to put in a new fence, he stopped for a second to wipe his brow and take a sip of water. When he went back to grab his shovel it was no where to be seen and was found day's later 30 feet up in a tree. As time went on they were hearing disembodied voices lingering above their heads and were seeing shadows move throughout their house. They would also see strange UFO's of all shapes and sizes, and blue Orb's numerous times. One time when he saw one of these orb's when he would normally protect his dog's, this time he was fed up and let his dogs chase the volleyball sized blue orb that was only a few feet from the ground. Every time one of the dogs would lunged at the orb it would move out of the way, so it

obviously had intelligence behind it's movements. This orb lead the dogs into the brush far away from the house until Tom heard the loudest screech he had ever heard from all three of his dogs, then it went silent. He was too scared to go down that night and waited until morning where he found three circles of dried grass and in the middle of these circles was left a black gooey residue which he felt was the vaporized remains of his three beloved family/cattle dogs. Another time as they went into town when they got back to their property all four of their most prized bulls were out of the corral. Now within the corral there was a large metal trailer used for storage with only one way in and one way out locked together with a thick wire. On a whim Tom decides to peek into the trailer and low and behold there were his four highly prized bull and locked within the trailer

as if they were in a trance. You need to remember that these are huge grand size bulls, It would be a big choir just getting one of these bulls into this trailer. So when he yells over to his wife that the bulls were in the trailer the bulls seem to instantly come out of their trance and start kicking from the inside out of frustration. After 12 of their prize cattle had been mutilated after the twenty months, they could no longer afford to live on the land any longer and moved. 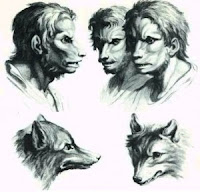 The Gorman's sold to the National Institute for Discovery Science or NIDS which was a privately funded science institute engaged in research of UFOs, animal mutilations, paranormal activity and that sort of thing. They still have their domain name but have not been active for years. After about two months they started to see strange UFO's, and Orb's in all sorts of shapes and sizes. It was hard for them to tell if they were physical of this earth or multi-dimensional lights. One of the day a calf had been mutilated in broad daylight 300 yards away from some of the people who were there. When the calf was inspected it was determined that is was cut with a surgical tool. Two day's later, a few of the guy's noticed something high up in a tree, as they got close it looked like two giant eye's and at the same time there was something on the ground that looked like some sort of Bigfoot type creature. They grabbed their guns and shot two round which they were sure hit the creature on the ground. The creature in the tree drops down and they both go running of into the brush. They go chasing after the two creatures and get stopped when they came to one single foot print in the shape of a Pterodactyl. Very odd to say the least. NID's had set up cameras on all over the ranch, one of the cameras was gutted and destroyed and the whole thing was caught on tape by another camera pointing in that same direction, so they thought. When they played back the footage what ever it was, was invisible. They could see the power light go off and cords coming out of the camera but nothing ell's.

Skinwalker Ranch has an intelligent force surrounding the area and no conclusions have been made to what's causing the phenomenon's. UFO's, Bigfoot, Poltergeist, cattle mutilations, Indian folklore, all happening in the same spot. What's happening at this 400 acre ranch in northeastern Utah? Some people speculate that all of these phenomenon are related. Open your mind to the possibility that all of this is real. Why would so many people go through such extent just to make a hoax. Attain the mind that can allow you to think freely among the masses and distractions, look around yourself and realize there are things in this world that can not be explained. Attain your attainable mind.