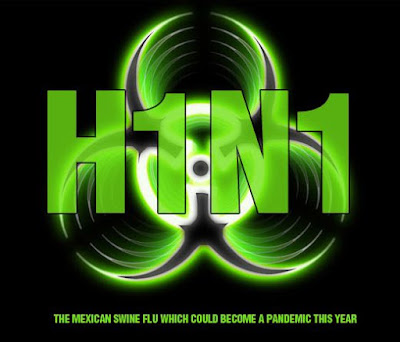 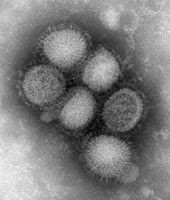 The danger level of this flu has gone way out of proportion. The regular seasonal flu that has been around for years and years has never been slated as a national emergency. An estimated 36,000 people die each year from the regular old flu and has reached up as high as 52,000 people in one year. Approximately 1.2 million people die each year from car accidents world wide, that's about 33,000 people a day! Have cars been declared as an international emergency? How come there hasn't been a huge movement by the UN to make safer cars or safer roads? So far the death toll from the H1N1 virus is about 5,400 world wide as of October 23th 2009. Compared to car related deaths, this is a small drop in a bucket.

What's the real reason for the government pushing this vaccine so hard??

Lets first take a look at the actual CSL package insert put out by the FDA about the Influenza A (H1N1) 2009 Monovalent Vaccine. 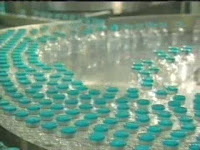 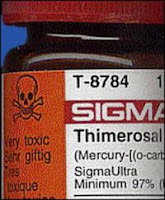 (Thiomersal is very toxic by inhalation, ingestion, and in contact with skin (EC hazard symbol T+), with a danger of cumulative effects. "It has toxic effect on several cell lines, and it also induces programmed cell death in in vitro experiments." [8] It is also very toxic to aquatic organisms and may cause long-term adverse effects in aquatic environments (EC hazard symbol N).[9] In the body, it is metabolized or degraded to ethylmercury (C2H5Hg+) and thiosalicylate.[2])

(A study published in March 2009, conducted with the Departments of Medicine and Laboratory Medicine and Pathobiology, University of Toronto, Ontario, Canada reveals the following: "A recent report shows a correlation of the historical use of thimerosal in therapeutic immunizations with the subsequent development of autism.)

Influenza A (H1N1) 2009 Monovalent Vaccine is contraindicated in individuals with known hypersensitivity to eggs or chicken protein, neomycin, or polymyxin, or in anyone who has had a life-threatening reaction to previous influenza vaccination.

If GBS has occurred within 6 weeks of previous influenza vaccination, the decision to give Influenza A (H1N1) 2009 Monovalent Vaccine should be based on careful consideration of the potential benefits and risks. There have been reports of a possible association with influenza vaccination and the development of Guillain-Barré syndrome (GBS). Whether this is causal or only a temporal association is unclear.

If Influenza A (H1N1) 2009 Monovalent Vaccine is administered to immunocompromised persons, including those receiving immunosuppressive therapy, the immune response may be diminished. 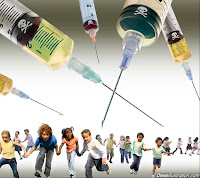 Prior to administration of any dose of Influenza A (H1N1) 2009 Monovalent Vaccine, the healthcare provider should review the patient’s prior immunization history for possible adverse events, to determine the existence of any contraindication to immunization with Influenza A (H1N1) 2009 Monovalent Vaccine and to allow an assessment of benefits and risks. Appropriate medical treatment and supervision must be available to manage possible anaphylactic reactions following administration of thevaccine. 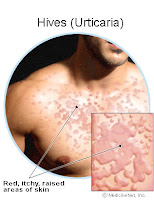 Anaphylaxis has been reported after administration of FLUVIRIN. Although FLUVIRIN and Influenza A (H1N1) 2009 Monovalent Vaccine contain only a limited quantity of egg protein, this protein can induce immediate hypersensitivity reactions among persons who have severe egg allergy. Allergic reactions include hives, angioedema, allergic asthma, and systemic anaphylaxis.

The 1976 swine influenza vaccine was associated with an increased frequency of Guillain-Barré syndrome (GBS). Evidence for a causal relation of GBS with subsequent vaccines prepared from other influenza viruses is unclear. If influenza vaccine does pose a risk, it is probably slightly more than 1 additional case/1 million persons vaccinated.

Safety and effectiveness in pediatric subjects below the age of 4 years have not been established.

There are people waiting in line to get this vaccination while doctors stand on the sideline and watch knowing in their own minds they will not be getting this untested vaccine because of the risks. So odd how their giving out this vaccine like candy.

Now with this new nasal spray it's easier than ever, but some hospitals are refusing the spray because that fact it makes the live virus it air born. The live virus contained in the nasal spray is weakened but it can be transmitted from person to person for up to three weeks. Even the freaking FluMist’s own package insert reads: “FluMist® recipients should avoid close contact with immunocompromised individuals for at least 21 days.” So lets be very clear here, the nasal spray can spread the swine flu? There are “drive-through clinics” across the country where the nasal spray is administered, just roll down the window and get your dose. Hope the wind isn't blowing! Doesn't this mean that nasal spray will contribute to a wider pandemic, which would then in turn provide governments with the crisis they need to make the injectable vaccine mandatory??

“This would accelerate the move to a state of emergency, cripple the US health care system, and would result in the “need” to have military, eventually UN troops, take control,”

“Also, all public assemblies, including courts, would be prohibited, thereby satisfying a condition for the imposition of martial law, mass quarantines, and forced vaccinations for the rest of us.”

Baxter International who is one of the leading pharmaceutical companies developing nasal spray vaccines was caught earlier this year releasing batches of vaccines from a lab in Austria that were contaminated live bird flu virus, otherwise known as H5N1.

Dr. Sherri Tenpenny, one of the most outspoken physicians in the country on the hazards of vaccines and vaccination.

“The warning is specifically directed toward those living in the same household with an immunocompromised person, but the on-going release of live viruses throughout the community may be a significant risk to everyone who has a weak, or weakened, immune system,” writes Tenpenny, pointing out that if one takes into account a plethora of health conditions that could be classified as contributing to immunodeficiency, as much as 60% of the entire population could be considered to be “chemically immunosuppressed.” 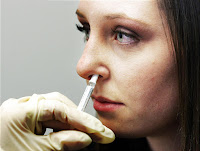 “An ever greater concern about FluMist is the contents within the vaccine. Each 0.5ml of the formula contains 10 6.5-7.5 particles of live, attenuated influenza virus. That means that between 10 million and 100 million viral particles will be forcefully injected into the nostrils when administered. The viral strain was developed by serial passage through “specific pathogen-free primary chick kidney cells” and then grown in “specific pathogen-free eggs.” That means that the culture media was free of pathogens that were specifically tested for, but not a culture that was necessarily “pathogen-free.” The risk that the vaccine may contain contaminant avian retroviruses still remains,” .

OK, it's important to realize people that these are doctors. Not crazed conspiracy theorist but people who went to medical school for eight years. I would say a doctor is more credible then a politician when it comes to the spread of a virus. The funny part is the fact that it is politicians that are making these virus and vaccine decisions, not doctors. Something is very wrong with this picture. Attain the mind you need to keep yourself from getting the vaccine, listen to what other people are saying. Just because you read or hear something that is put out by one of the worlds governments doesn't mean that it's true. This information in not intended to scare people but it's to make people aware of their surroundings. Attain your mind.