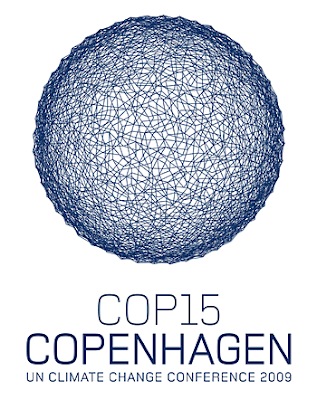 The Council Of Foreign Relations, Bilderberg Group and the

United Nations have written a treaty that will start a new world government which is to be signed by almost every government leader in Copenhagen at the United Nations Climate Change Conference that's being held from Dec 7th- Dec 18th this year. The treaty is called the "Framework Convention on Climate Change" and outlines everything that will take place in the future as far as climate change and agreements between country's that will implement new laws.

"In order to fulfill this shared vision, Parties have agreed to establish a coherent, cohesive and
integrated system of financial and technology transfer mechanisms under the Convention and a follow up/compliance mechanism. These institutions are robust and effective."

"The institutional framework and the contribution of the different groups of countries to
the integration, implementation, monitoring and evaluation of the cooperative action on
mitigation, adaptation, technology and financing." 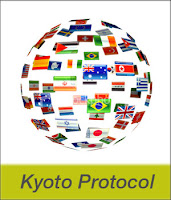 "The objective of the shared vision should be expressed as guidance to integrate the global cooperative action to enable the full, effective and sustained implementation of the Convention, from now, up to and beyond 2012."

"[Ensuring the full, effective, and sustained implementation of the Convention, in relation 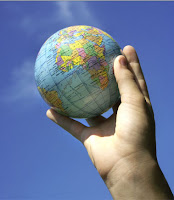 to the implementation of commitments for the provision of financial resources. This is
mandated under Articles 4.1, 4.3, 4.4, 4.5, 4.8 and 4.9 of the Convention in accordance
with Art. 11 defining the financial mechanism under the Convention.]" 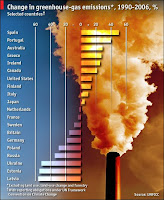 "[An expert [group][body] on adaptation under [the Subsidiary Body for Adaptation]
[adaptation committee];]"

"[the extent of international assistance provided by World Bank or IBRD;]"


There is no doubt about it, the New World Order is unfolding. This is a treaty that will implement new laws for the entire world. Granted these laws are restricted to environmental standards, but what I think is oh so very important are the by-laws within other laws that we need to look for.

Now think for a second, is it a bad thing to regulate the planet? Many people feel that this whole global warming thing is all made up in order to write new laws and implement standards on a global scale, which is exactly whats happening. I personally feel that humans have had an impact on the planet and we are speeding up the global warming process. I also feel that global warming is happening on it's own as well. I say this because all of the other planets in our solar system are warming up as well. It's not just earth. But besides the C02 emissions, humans are still having a huge global impact, we are truly destroying the planet with all the crap that we consume. I believe that we do need global standards to ensure that we don't end up living in a world full of trash. But are these laws going to take care of that? I guess we'll see. It's going to take some time to see the effects of these laws, or will it. This is the first time in history that the entire world will be regulated under one set of laws and regulations.

After this treaty is signed there will be a new global market of trade between country's called Emissions Trading. So it will basicly work like this; a country will have an allotment of carbon tickets or "assigned amount units" (AAUs) this will set the limit of emission units for each country. Now some country's may not use all of their AAUs which will allow them to trade their leftover emission units to other country's that have already exceeded their emission limit. Since carbon dioxide is the principal greenhouse gas, people speak simply of trading in carbon. Carbon is now tracked and traded like any other commodity. This is known as the "carbon market."

They will now be able to trade:

-An “emission reduction unit” or “ERU”

-A “certified emission reduction” or “CER”

-An “assigned amount unit” or “AAU”

One of these unites are equal to one metric ton of carbon dioxide. Here's a link to the details.

So far the only regulator to this new market is a branch of the European Union called the European commission for environment and climate change.

Basically whats going to happen is, as these new laws and regulations get put into place, time will show along with history that corruption will most definitely take place. Then of-course what do you think comes next? Stronger enforcement. And who will it be able to enforce these laws? A new task force that will be commissioned by the United Nations. This is global Law ladies and gentlemen, and yes this is truly a New World Order.

Just imagine what kind of problems are going to come out of this. The trade market is already corrupt! Now carbon dioxide will be traded just like everything ell's. Whats going to happen to the country's that don't comply to these new laws or who refuse to sign the treaty. Like Korea, wont they be breaking international law. What do you think is going to happen to these country's that don't comply? One way or the other, eventually they will be forced to comply with these new laws or I can guaranty the outcome isn't going to be very peaceful.

Now I'm for protecting the planet and keeping things green, but is this new treaty going to do that? Are these new laws really going to make our planet a better place or will it just create more corruption and war. Attain the knowledge that will help you understand more about whats happening to your country and the new global laws that are being put into place. A New World Order is taking place right in front of your

eyes and is being accepted by almost every country on the planet in the name of environmentalism. Very cleaver if you ask me, how ell's do you think they could pull it off while having everyone agree that it's nothing short of a great idea. Everybody loves the planet, so who's going to say no, right? I believe this was their plann from the beginning. Invent lots of things that could eventually destroy the planet and create a global issue that needs to be regulated by a one government body. Cleaver, very cleaver. Open your eye's to the reality of a New World Order. This is happening now, Obama will sign the treaty in Copenhagen next month along with the rest of the world. Attain your attainable mind and welcome to the future.


Some people think Global Warming is a scam,

I on the other hand believe C02 does have an effect on the rising temperature of our planet.