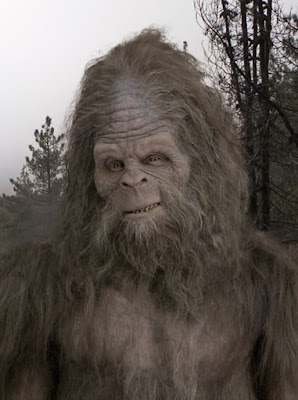 It's time to lay down the fact that their most certainly does exists a creature that lives in the woods, stands anywhere between 7'-12' tall, footprints as big as 20 inches long, weighing in over 500lbs and covered in fur from head to toe. Formally known has the Sasquatch in the united states and the Yeti throughout Europe and the Yowie in Australia, this long lost relative of ours has been able to stay well hidden from the public eye for years. But now in the digital age of cameras the photographic evidence is starting to pile up. There

has been video footage, pictures and thousands of sightings from all over the world, yet know one has any true hard evidence of it's existence. Until the day that one is captured or killed it will always stay a mystery to people who don't believe. Well,..there are a few photo's claiming to be of a dead Sasquatch taken by a man named Rick Dyer. But after all the hype settled down he now considers himself to have pulled of the greatest Bigfoot hoax of all time. So the dead Bigfoot they found in Georgia that's all over the internet, it's a fake sad to say.

So now lets go over some of the best real evidence out there which I consider to be the photographs, videos and foot castings from people who are genuinely not looking to profit off the evidence they have. When ever there's secrecy and money involved you can pretty much consider it to be a hoax. Unlike the guy in this video, I truly feel this is the real McCoy.

Here is a video going into the science of footprints and the Bigfoot casts that had been collected from all corner of the earth. What I find interesting is the fact that these footprint experts are convinced these footprints came from a creature that is very real. It also takes a look at the famous Patterson footage.

This next footage is from the ever so famous Memorial Day video.

And the becoming more famous Polish Yeti Footage. It's two Japanese tourist hiking in the mountains and they just happened to be in the right place at the right time.

Here's a Yeti walking through the snow.

Tom Biscardi is by far the biggest leader on finding the truth about this creature. He has devoted his life traveling the world, listening to stories, looking at pictures and watching video, trying to put the pieces together once and for all to prove that the Sasquatch is real.

The evidence is overwhelming. These creatures are all over the world wondering around the woods trying to live their lives. We as humans have a hard time believing that they are real. But with the amount of stories out there I find it impossible that all of these stories are just made up. Decide for yourself and attain your attainable mind.
Email ThisBlogThis!Share to TwitterShare to FacebookShare to Pinterest
Newer Post Older Post Home