I randomly watch the SOHO updated movies to 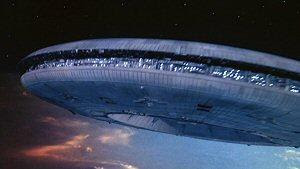 check out the sun spot activity. So as I'm looking at the latest images, right before my eye's appearing out of no where is an alien mother-ship. The reason I say mother ship is because the distance from the camera and this object is millions of miles away and it's very clearly visible. Go to the SOHO website here , click on LASCO 3, type in the dates 2009-09-19 to 2009-09-25 and choose the movie option. Use the step mode so you can see it frame by frame. Look a little less then half way from the center down the distorted part of the image going left, and what your looking for is what looks like a star but it's not. You will 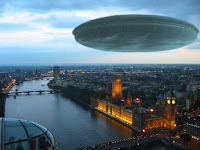 notice it's moving faster than the stars and gets brighter as it moves across the screen from left to right. The craft is visible from frame 1 to frame 214. At about frame 125 is when it starts to get much brighter and will be on the lower right side of the screen. Now put the movie on fast mode to see it very clearly. As I was watching, at frame 204 another craft enters the screen at 45 degrees down and to the right from the center, it seems to be moving towards the sun. Truly amazing images, let alone everything else that's going on in this SOHO movie. What else could they be besides alien craft? Remember that when your watching this in fast

mode that this craft takes five days to move across the screen. This is a massive mother-ship cruising the solar system. I again say it's massive because it's most likely millions of miles away but is visible. This craft could very likely be hundreds of miles in diameter. Still think were alone? The 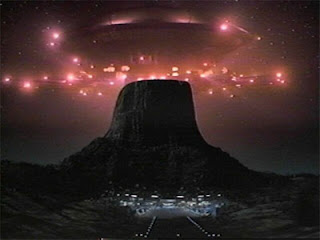 other thing that is so baffling about these images is the fact that I watch the LASCO 3 movies at random. I would imagine if you were to look at more of the archived footage you would find many more UFO captured on film. This piece of footage is awesome! Open your mind to what's out there, attain the knowledge that will set you free from being an earth bound creature. Realize the potential of the human mind and become one with the universe. Attain your attainable mind. 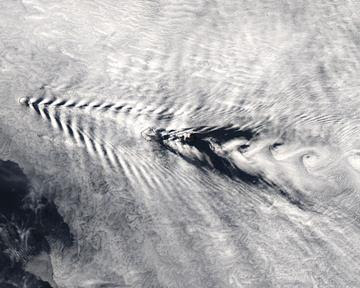 This last picture is a photo of the earth above the Indian ocean, whatever is making the ripples in the clouds is absolutely gigantic, somewhere between 1-5 miles in diameter.
Email ThisBlogThis!Share to TwitterShare to FacebookShare to Pinterest
Newer Post Older Post Home