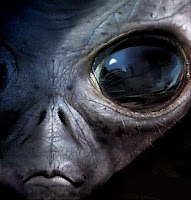 The purpose of the Project Camelot is to provide a vehicle for researchers, scientist and whistleblowers to get their stories out to the public. The focus of their investigations revolve around but are not limited to; contact with aliens races, time travel, mind control, classified advanced technology, free energy, possible coming earth changes, and revealing plans that exist to control the human race. They are able to interview people from all walks of life. One every interesting interview I came across was with a Dr. Pete Peterson.

"Dr Peterson is an extremely well-informed insider and a most remarkable and brilliant scientist - who came forward to talk with us publicly because he feels the issues he cares deeply about, and knows about, are too important to keep silent about."

Some of the subjects he talks about in this interview are: 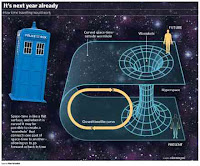 • The probable (in Dr Peterson's strong opinion) collapse of the economy, infrastructure, and law and order in the US

• The planned disclosure of the ET presence

• The Aurora (now retired from service and replaced by vehicles capable of superluminal travel) and the TR3B (the large flying triangle, which functions as an aircraft carrier)

• The "information field" and how the body, the mind, and DNA really function

• 'Rescuing' brilliant scientists out of the old USSR

• How Mir (the Russian Space Station) was so heavy that it
could not have been assembled without 'help' from our 'friends' (or, to be exact, the Russians' friends)

• Time spent in the Vatican Library

• The existence of Sumerian high technology 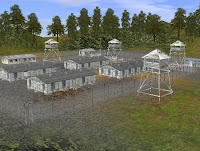 • Quantum computing (off-camera, Dr Peterson held in his hand a cheap quantum chip, which he had assembled himself in his own laboratory, with the computing power of 10,000 PCs)

• The genius of James Clerk Maxwell, and why Einstein was wrong

• The reality of the US prison camps

• How President Obama was (in all probability) set up

• How he came to understand that 15% of the world's population (of all races) have ET ancestry that can be seen in their DNA - and are also resistant to mind control technologies.

The real purpose of this video is to help inform people of what is truly happening on this planet in regards to government on society and the plans that have already been put in place for our future. He also goes on to explain the incredible advancements of technology and for most people who hear what he has to say on the subject, it is truly unbelievable. It may not be the easiest interview to sit through but please take the time to hear what this man has to say. You can tell that what he's saying is the truth, because he says when something is speculative and let's you know when something is just his opinion.

It's important to realize that wistleblowers don't gain much of anything accept for the feeling they get from informing the public. These people are extremely brave for coming forward with the knowledge they have. The key to understanding the information your hearing is by having an open mind to anything that comes your way. Try to imagine a world without Hollywood and television. Your mind would be much clearer allowing you to comprehend the reality in front of you without the distracting visions of fiction running through your head. Attain the true visions of reality, be open to the new experiences that are forthcoming, free yourself by recognizing the transparent walls that consistently surround our lives and attain your attainable mind.