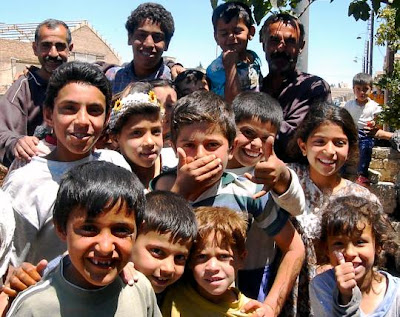 Imagine your in your backyard having a family barbecue. Children running around playing having a good time, while your kicking back in your chair sipping on some good old faction lemonade and you start to hear the slight noise of jets. It gets closer and closer so much so that you get nervous and tell everyone to get in the house than BOOM BOOM BOOM,... sounds of jets dissipating then silence. You open your eyes, the dust clears and you find your the only one alive. You, nor anyone of your family members are in the military and everyone in your family in dead because of this jet raid. A statement goes out the next day from the country that ordered the bombing saying that there were no

civilian casualties and the raid was a success. Civilian casualties in Iraq are anywhere between 200,000 and 1,000,000 people. Why is it such a broad number of people? Because there is no official body count of the Iraqi people. And you wonder why their not to keen on America. It's hard to grasp the type of life that people are living in Iraq. Lieutenant General Tommy Franks was quoted "WE'RE NOT COUNTING BODIES"

"We may never know" how many were killed, Air Force Brig. Gen. John Rosa, deputy director for current operations at the Joint Chiefs of Staff, told reporters earlier this week. "We're not counting bodies from up here," he said from the podium of the Pentagon briefing room. 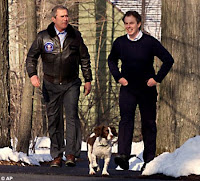 Now granted that he is referring to Qaeda and Taliban soldiers but this also includes civilian casualties as well. They don't care how many people their killing. Bush and Tony Blair launched the invasion of Iraq even know a majority of UN members did not agree, no one knows how many Iraqis have died, that parts remains a mystery, but do we know that more than two million have fled abroad and another 1.5 million have sought safety elsewhere in Iraq. With the combined number of car bombs, suicide 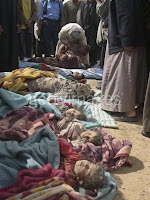 attacks, sectarian killings, disproportionate US counter-insurgency tactics and air strikes it has produced by far the worst humanitarian catastrophe in modern history. The worst part is the Iraqi ministry of health tried to keep track of the civilian body count from morgue records, but soon after came under pressure from the US government to put it to a stop. The Baghdad morgue director was also given death threats to put a stop on publishing the number of the dead in order save families from embarrassment, even know these same family's wanted the numbed published. He has fled Iraq. 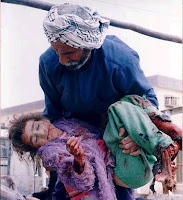 The numbers are a complete and total mystery. Between the Brit's and the former Bush administration they of-course had the lowest estimates of civilian casualties adding up to about 100,000 people. Just to compare, about 2,000 people died in 9/11. According to the IBC in spite of the media's emphasis on car bombs and suicide attacks, Americans have killed four times more civilians in the first two years of the war than al-Qaida-linked insurgents did provoking the armed resistance. On top of the when Bush's new so called freedom to Iraq after the removal of Saddam Hussein, it caused a large serge of violence since 2003. In 2005 Bush gave a statement of 30,000 civilian deaths in Iraq when the number was much closer to 150,000. Two studies led by researchers from Johns Hopkins University in Baltimore then 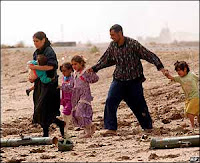 published in the prominent British medical journal, "The Lancet" found in their first survey that as of October 2004 that the civilian death toll was around 98,000. Then after a second survey conducted in the summer of 2006 showed the civilian death toll to be around 655,000 which 601,027 were said to be from violent causes. That's about 500 people dieing every day who have nothing to do with anything being killed all in the name of American justice. 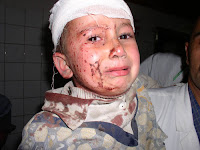 I feel so much sadness for the Iraqi people, and it just amazes me how so many Americans write off whats going on over there, and most people don't care because the propaganda has labeled the people of Iraq as terrorists. These poor people are getting slaughtered, their homes are being destroyed and destruction is ramped. If your living in America or for that matter in any place were you don't here explosions and gun shots on daily basses then you really can't imagine life in Iraq. It's so easy to turn a blind eye to such chaos when you don't

experience it. Out of site out of mind right? If you truly look into the lives of these people you can't help but feel sadness. We has humans need to put a higher respect on life, not just our own and the people around us, but everyone you don't know. Something I find ironic is the fact that many Americans who support this war and don't care about the innocent blood being 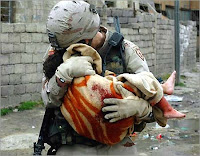 shed are fundamentalist Christians. Where do you think Jesus was from?? Do you think he spoke English too? Sorry I don't mean to label I know it's not completely their fault but it's the truth. Some people's vision of what's really happening in the world is so distorted that their whole universe is opposite of the truth. What is truth? History is truth, actual event's that have happened over time. It's the stories in-between told by powerful people that distorts history which in turn distorts the truth. 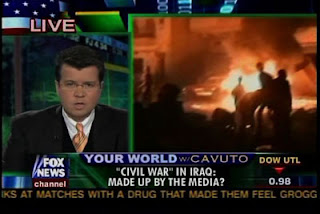 It drives me crazy the way American news talks about the situation in Iraq, everything that you hear from FOX and CNN is only what is released to them from the US military. It's all controlled and it's all censored all for your well being, so they say. Their being payed to justify the war and to make it look like a good thing. Fair and balanced?? Really? What would your life be like if all of a sudden some other 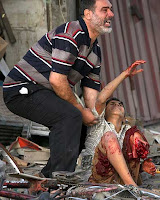 country invaded your country and blew up your entire neighborhood because they thought militants were living somewhere in the vicinity. Open your eye's and turn off FOX and CNN to the lies that are being fed to the American public. Attain the truth through anything but these corporate monstrosities who are destroying the minds of people with corrupt government money. Free yourself from the hatred of the middle east and realize the prejudice comes from a corrupt system of false realities. Attain your attainable mind. 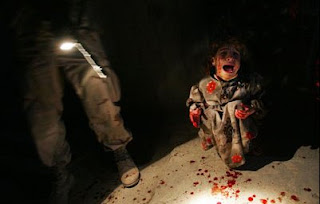 This little girl cry's as she morns for her Mom, Dad, two brothers and two sisters who were thought to be suicide bombers as they approached their own house. 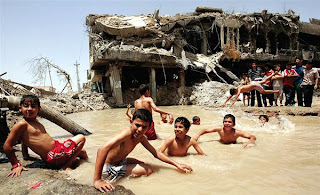 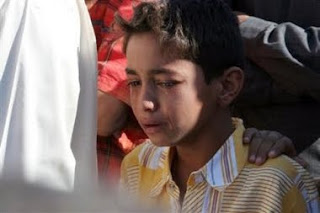 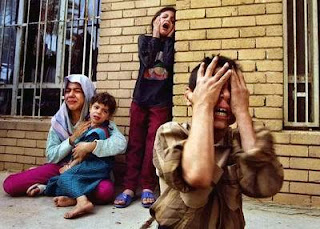 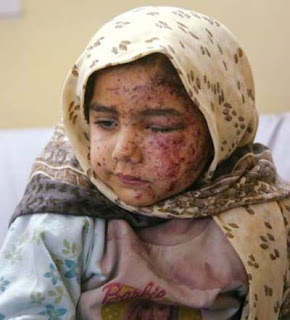 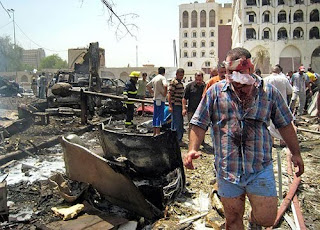 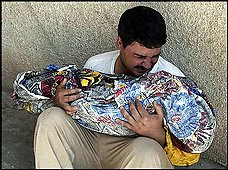 I feel so much sadness, this was by far the hardest post I've ever written about. My heart pours out to these people and so should yours.
Email ThisBlogThis!Share to TwitterShare to FacebookShare to Pinterest
Newer Post Older Post Home