What is the Bohemian Grove? 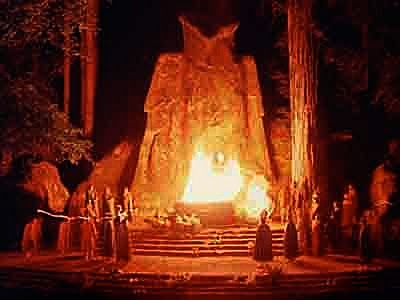 Have you ever heard of the Bohemian Grove? This is where these "Bohemian's" conduct their satanic rituals. One of the rituals called "The Cremation of Care" and is a strange mock human sacrifice taking place under a 40' stone owl that members refer to as Molech. Molech is a term for any pers

on or thing that demands a costly sacrifice. In the bible it's referenced as

the god of the Canaanites and Phoenicians to whom children were sacrificed. Alex Jones is a Film maker and talk show host and is the first person to expose the Bohemian Grove by getting in with a video camera and captured the whole thing on tape. What is mind blowing, are the people who attend this yearly ritual.

One thing I find very interesting is the production that when into this. The music wa 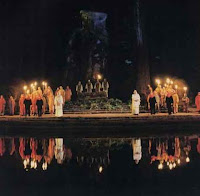 s made from an orchestra just for this ritual. Also listen to the people hooting and hollering while remembering who these people are. Do your best to depict the symbolism in this video, it's over my head. There is a lot of history going on here, who was it that directed this whole thing? I'm sorry, but there is NO denying that this is very real. These people are the Illuminati, the enlighten one's, and now you see how they are enlighten. I've never see or heard anything like this, and I be willing to bet you haven't either. Well, guess what, this has been going on in northern California for over a hundred years. Why would they be conducting such rituals? The most powerful people on the planet, conducting in a satanic ritual of a mock human sacrifice. WTF!

t a peek of the secrete society's that are controlling the planet. They are the gate keepers and the key masters. The symbols of their existence 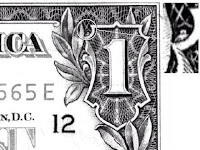 are everywhere, right in front of you, even in your pocket. These are the one's who are going to initiate the new world order, and reign global domination. It is the members of this group who are being controlled by the reptilians in order take over the planet. It's these members that are keeping the population affixed to superficial things, so we live our lives watching the news, eating what is packaged, purchasing stuff to make us feel good, and punching in from 9-5, if your so lucky. 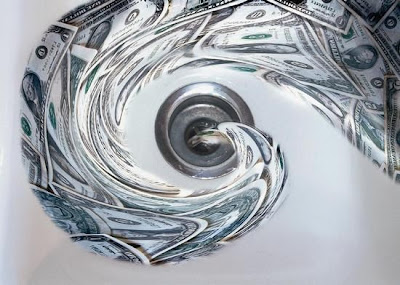 a look at the bailout, that's all anybody talks about. I don't buy it for a minute! How does the largest BANK (where you store money) in the world loose billions of dollars!!! Or how does the largest insurance company in the world loose money!!! IT'S INSURANCE!!!! It make's no sense, I don't care what anyone says. Huge company's don't all of a sudden loose a trillion 1,000,000,000,000,000 dollars. All at the same time!! What... did they all give there money to some dealer that ran off with the lute?? The question no one is asking is, who were these company's that lost all their money and where did that money go?? It's all a big lie, and why would they lie to us. Because everything they do is a lie. 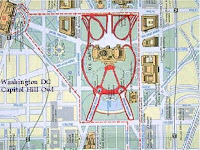 C. which I consider to be the dragons lair. P 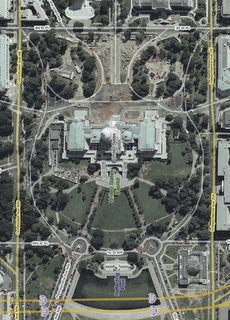 wl's outlined in the streets??? What's going on here? How come we as a nation are left in the dark? How come this isn't public knowledge? 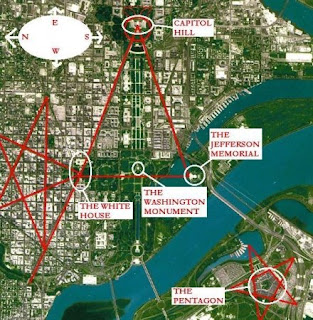 This is the capital of the largest and newest country on the planet, and look how it was planed out well before anything was built. I don't mind symbols, it's the fact they are hidden from us is what disturbs me. And some are so huge you can only see them from the sky.

Ever heard of the Bohemian Grove before today?? Don't you think that it's in the public best interest to know when two thousand of the most powerful people in the world get together? Open your mind to find the big picture and be set free from the lies, attain the knowledge and attain your mind.
Email ThisBlogThis!Share to TwitterShare to FacebookShare to Pinterest
Newer Post Older Post Home