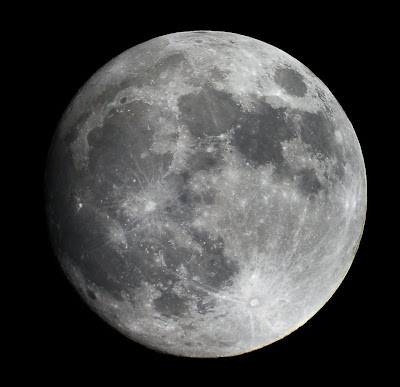 Today I'm going to show you what I believe to be proof that these Lunar objects are there, clear as day. This is a very real topic, and for many it's hard to conceive that this isn't science-fiction. What's important, is to understand is this goes beyond everything we have ever known as a species. The main issue skeptics have, is that if they were really there, the government would have say something, right? Um...no, they are the government and they can do whatever they want. The other issue is, if they were there, how come we can't see them?? That's where the story begins, because you can see them. I have looked at hundreds of photo's of the moon, many of them from the Apollo Image Archive at Arizona state university. There are so many pictures with so much to look at, it can become very overwhelming. In every picture, I always seem to find something that just doesn't seem to fit.

Before you move on, I would suggest going to last.fm online radio and find or make a Ambient radio stream for effect.

OK, open this link in another window so you will know what I'm talking about here. You should now be looking at picture AS15-M-0294 from Apollo15. On the left, are the parameters, and Value's and on the right is the photo which if you notice has some control's at the bottom in order to navigate the zoom ( + - ) , left, up, down, right, then back to original position. I understand this is like trying to find a needle in a hay stack, but bare with me. Click on the picture to grab it and pull it over to the right until the left border of the big picture meets the right border of the small photo. Now move it just another hair more to the right. Then bring it down so the top of the big picture is about one inch below the bottom border of the small photo. So now directly in the center of the box should be an area that looks a bit darker then the rest, just right of two smaller craters that are connected by top and bottom. Now zoom in slowly, the dark area kind of comes to a point pointing downward. Now zoom all the way in until that point is at the bottom of the photo. Notice the strange black shape near the top of the zoom? And the shadow that it's casting? What ever it is, it's fairly big considering the shadow and a very odd shape to say the least.

Again in the same photo, go back to original position. Go the big crater half way up and all the way to the right and you'll see it's being cut off by the photo. Zoom in on the land mass between the top of the big crater and the two little craters above it. Now zoom in on bottom of the little craters, and you'll see a even smaller crater between those two. The very small crater should be at the top of the photo box. Notice the V shaped structure!!! What is it!! Doesn't look moon made to me.

Go back to the original position, then zoom in on the depression just left of the three small craters in the bottom right corner of the photo. Zoom all the way in the middle of that depression and you should see something that looks like a snake. Not sure what that is either. Then zoom out a few clicks, grab the photo and pull it down and to the left, and you should see another strange shadow in the upper right corner. It's important to remember that if it's visible in this photo, it's not small.

This was just ONE random photo I picked as I was writing this post. I figured that was the right thing to do considering my statement about always finding something odd. In a way, I wanted to prove it again to myself. This has truly confirmed my belief that are alien structures on the moon.

There is a group called the Lunomaly Research Group that have put together an incredible amount of photo's together that you can view for a donation of what ever you decided it's worth. These photo's are free to the public through NASA, but they have gone through the trouble of highlighting these anomaly's and sorting through the thousands of pictures. Personally, I like trying to find these anomaly's myself on the originals. There are so many it's not to hard as you can see from this post. Besides, the one's I've found are better then the one's they have. Explore the unknown, explore what's out there and attain your mind.