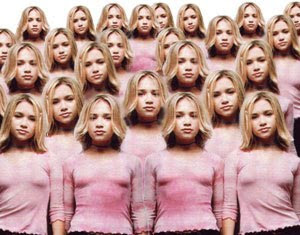 Human cloning is not just out of a sci-fi movie, it's very real and been happening for much longer than you think. Remember when the national press announced the first successful cloning of a sheep back in 1996. That was thirteen years ago. Do you really think no 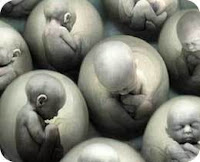 one has cloned a human? The elite have clones of their own that are kept in a dream state in order to have around for transplants of their own body parts for when theirs go bad. Sounds crazy, but not far fetched. It's said that there are hundreds if not thousands of cloned humans kept underground for the soul purpose of keeping the elite alive as long as they can. You never hear about a true elite getting any kind of transplant? NO! Why do you think that is? Because their clone already provides it for them and of course is kept very hush hush. 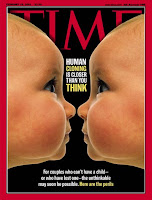 Above ground cloning has actually been in the news lately. There has been quite the conflict between the pro-lifers and scientist about stem-cell research which goes hand and hand with cloning. Once you clone stem-cells there is no need to extract them any longer. On one hand with cloning and stem-cell research, you could cure all cancer and most every disease. On the other hand some people just feel morally wrong using stem-cells that come from a human fetus, and in most cases it's just a few cells they use. Well for all of you pro-lifers, it's already happening and it's just time to except it. We as a human race want to live longer and healthier, only problem is the population of the planet is already to big for it's own britches. That's why even know the technology is already out there, it will be reserved for the rich and who serve under the elite.

Have a dead cat you wish was still alive? Remember the movie "The sixth day" with Arnold Schwarzenegger where there was a store in the mall were you could have your deceased animal cloned? Well that is very real, there is at least one biotechnology company in the United States offers cat cloning services and the first commercial canine cloning service was in Seoul Korea. Can you say "Re-pet" the name of the store in the "Sixth Day"

OK, so there's already cloning of pets commercially, so what's to stop the elite from cloning themselves for body parts and blood transfusions? Nothing. Think about it, if you were apart of the elite and knew you could live forever from this technology wouldn't you? Hard to say of your not an elite. Remember, these are the people who control the world and who have power beyond your wildest imagination. There is even a rumors of body transplants for these elites who's body's have just gotten too old to go on. Transplant the head or the mind for a fresh, brand new you. This is the real re-animator. 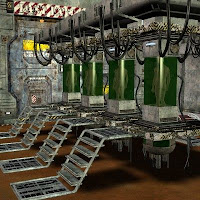 There are supposed underground cloning facilitates in many of our major city's. Denver, Salt Lake City, Los Angles, Phoenix, Washington DC, New York, Chicago, Houston, and a few others. All connected by high speed underground trains. 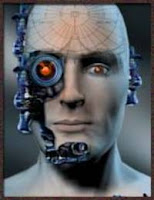 Now there is another cloning program that's even more top secrete than the clones for the elite. The Black Op's cloned cyborg program. Our Black Op's military is going to have hundreds of thousands of cloned human cyborgs with a mind programed strictly for military tactics. They will be the most efficient killing machines on the planet, with a one tracked mind able to make coherent decisions like a human but the wiring of a robot. They will have their missions to carry out and that's it. They don't care about the food they eat, or really anything in life because the only life they will know is the one

they are programed for. There will be no reasoning with them, and they will have no fear of death because they wont no what death is. With the strength of two hundred men, ten of these soldiers would be like having two thousand. This is the real Terminator. Were only in denial that something like this could actually be real due to the fact are minds are filed with Hollywood movies, and it's too easy to say, "that only happens in the movies." Well think again because it's happening now, right underneath your feet and even to an extent right in front of you. DARPA has a $3.29 billion dollar budget for the 2009 fiscal year for all sorts of programs that relate to chip brain implants (cyborgs) to unmanned drones (cloning).

Here's a great site about how our American presidents are clones and how our planet is being run by clones. Interesting stuff to say the least.

The world as we know it, is only as you perceive it. How could you be so sure that something like this isn't real. All we know is what were told and what we believe to be true. If you saw for yourself the underground bases, cloned elite and the cyborg soldiers. You would believe it, but no one ell's around you 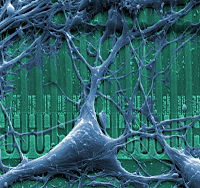 would. Don't count anything out just because you've seen to many movies. Anything is possible you just have to allow to be. Let the walls of your mind come down in order to receive the messages given to you. Your mind will tell you whats true, it's called instinct. For most people who live in a typical modern lifestyle, listening to your instinct can be extremely difficult, but it's necessary to attain the mind that is rightfully yours. Feel in your heart what is right and what is wrong, don't be fooled by the messages brought to you by the powers that be so your mind can be open to explore the unknown. Attain your attainable mind.
Email ThisBlogThis!Share to TwitterShare to FacebookShare to Pinterest
Newer Post Older Post Home