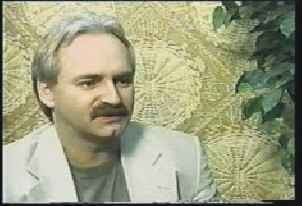 In October of 1996 Dr Reed took his dog Suzy on a hike with him in the Cascade Mountains. Soon after something caught the attention of Suzy and she took off running towards what 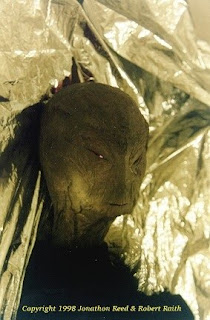 ever it was. The barking became more intense and started to scar Dr Reed. He thought that his dog was fighting with a bobcat or a bear or something and went running to assist her. He grabbed a large tree branch to fight off the wild animal but when he saw the fight, he couldn't believe what he was seeing. Quickly moving and vibrating, standing at about 4 1/2 feet was a creature with two arms and two legs. It had grabbed his dog Suzy and was tossing it back and forth like a rag doll then tore her up at the throat, Reed then proceeded to get the creatures attention by yelling. The next thing you know the Alien looks over at him with a cold frighting stare. Reed's fight instinct kicked in and he charged at the creature with the stick he grabbed and clobbered the thing over it's head and knocking it to the ground unconscious thinking it was dead. Then Reed fell to the ground with the feeling that he was having a major heart attack and it went on for about an hour and a half. He noticed the alien was wearing a seamless black garment that rejuvenated itself after it was torn. After the shock started to wear off a bit about two hours later, he heard something in the woods that was producing a humming sound. He walked towards the sound and followed it until he came upon a hovering black obelisk. As he tried to touch the object he felt a very strong electrostatic laden air but did

managed to touch the object. At this point he realized he needed to grab his camera and get this on film so people would believe him. The humming eventually stopped and nothing ell's happened. At this point he was doing everything to regain his strength, it was starting to get dark and he needed to get out of the forest. Reed realized that was a discovery of a lifetime and he needed to bring it back with him. So he wrapped it up in his thermal blanket and dragged it back to his car. On the way to his house he had a 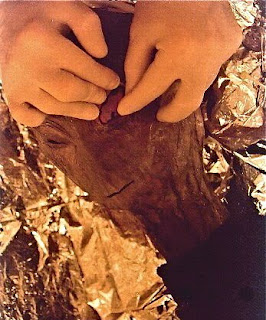 thousand thoughts going through his head all at the same time, one thing that crossed his mind was the fact that he needed to preserve this creature so he put it into the large freezer in his garage. Finally Reed went to bed and tried to sleep. The next morning he went back to the freezer and heard a scratching sound coming from it. He pulled the creature out, moved it into his living room and unwrapped the blanket while video taping the whole thing. He finally got a hold of his best friend at the time Jerry, and came over so they both could examined the body together. After a few days they started to getting followed around and were rammed off the side of the road, his house was ransacked and the Alien was stolen.

This is only a fraction of the story that he has to tell, and the evidence is very compelling. See for yourself because he captured it all on video. This has of-course been written off as a hoax, but so has every alien encounter story. It's important to realize reality is what you make of it. Easier said then done. In order to change your opinion about something you have to truly believe it. You have to know within yourself that it's real. Nothing ell's can do it for you. At first most people write this off as a fake because everything they know tells them that this can't be real, because aliens are something out of sci-fi movies and not a reality. Personally if you still feel that aliens and UFOs are the vivid imaginations of humans, you need to open your mind a bit more. It was less then a 100 years ago that we went to space for the first time. If you were to go back in time 100 years and tried to explain the internet, you would most likely be locked up in a mental institution. Don't write something off as fiction just 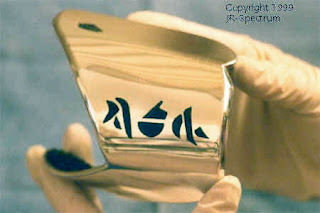 because you think it's crazy. For example, the other day I was talking to my wife about Saturn satellites, and she says "There aren't any satellites around Saturn", I explained that the scientific term for a moon is satellite. She thought I was full of it and proceeded to tell me that was non-sense. So I typed satellite in Wikipedia and proved to her I was right. I think she felt a little silly after that. Point being unless your an expert about the subject don't count out what you DON'T know. Assumptions only lead to bad decisions, never assume anything your not an expert on. Other wise your opinion is only coming from narrow point of view. You don't really know you just think you do. Research is the key to knowing the truth about anything but you must always look at both sides before making a decision.

Here is the footage from the woods after is hit the alien.

This video is of when he brought the alien in his house for the first time, and you'll notice the eye's blinking on the creature.


Here's a video of the head examination


This video is a Coast to Coast interview with a micro-biologist who did a genetic analysis of blood, muscle and tissue samples that were given to him by Reed.


Here is an interview with Reed on "Out there TV" about what happened.

And last but not least, here is the story reenacted.


We all must attain our attainable minds in order to understand the truth. Allow yourself to become free and attain your mind.
Email ThisBlogThis!Share to TwitterShare to FacebookShare to Pinterest
Newer Post Older Post Home