Why did NASA make a Hollywood style video of going to the moon?

Why did NASA spend billions of dollars on a huge Hollywood like set with life-size lunar modules and huge paintings of the lunar surface that were so precise, when seen on a camera no one could tell the difference between the depiction and the real thing? There's no conspiracy whether these scenes got built or not—they did—and it's fairly well documented. I'm not trying to propose that NASA didn't go to the moon, I'm proposing that much of what was broadcast over the television was images from this studio.

Why would NASA need an exact replica of the surface of the moon, for simulations? Why was there a Lunar Module built on a rolling track in front of these painted lunar landscapes? Why create scenes that look exactly like a lunar module flying over the moon through a television camera? If it was for simulations, what were they simulating? This entire production was made for the soul purpose of television.

Did they do it just in case something went wrong and the mission failed but they didn't want anyone to know including the Russians? Maybe there was something they needed to hide? Something they didn't want the public to see? What, I don't know. The one fact remains, and that's the fact that NASA built a huge production studio for the sole purpose of making a video and taking pictures of what looked like going to the moon. The big question is why.

Then, on top of it all, Thursday, July 13, 2006 all of the original high-quality video tapes of Apollo 11, which were apparently sent by NASA to the National Archives and then were returned to the Goddard Space Flight Center, were mysteriously lost. Vanished, literally! How often does something that important just go missing? Never! At least not unless they were meant to go missing. HMMM, why would anyone want to get rid of all the high-quality footage of Apollo 11? Maybe because there's something on that high quality footage that can now be seen with the latest HD technology. What were those fine details that they didn't want anybody to see on their 50" HD TV's?

Oops! We lost the most important video footage of our decade, sorry.

The case of the missing footage of Apollo 11 has been completely ignored and was hardly investigated. WHY???
-
Lets check out a few interesting photos. 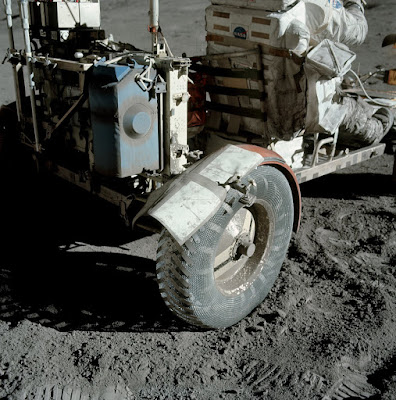 Where are the tracks for the lunar rover? None in front, nor in back. I see plenty of moon boot prints. How did it get there without creating any tracks what so ever. Here's the original from the NASA archives. 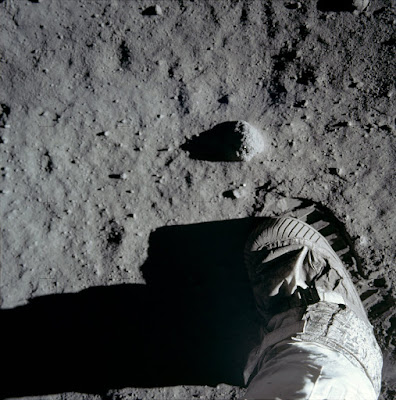 Here we have an astronaut stepping on a boot print but somehow the "Moon dust" didn't move when being stepped on. Hard dust maybe? I thought moon dust was "like a finely ground powder". 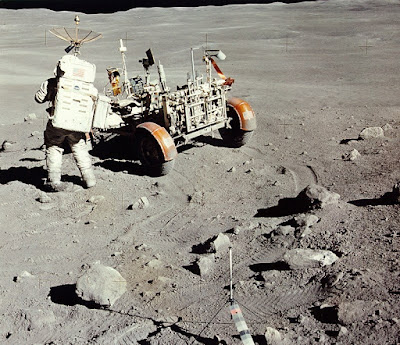 This one I find interesting because here you have all this fine detail on the ground, then it seems to just smooth out. I can understand that if you're on a hill the background is farther away so some detail would get washed out. If that is the case then this is a very big hill. Blow it up to size to see what you think. 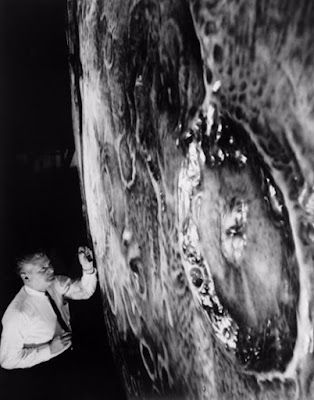 Painting the perfect replica of the moon. 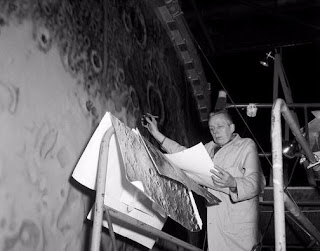 Down to every single nook and cranny. 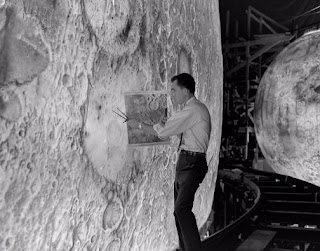 Not one detail is spared. Notice the track made for the life size replica of the lunar lander so it can pass in front of the moon. 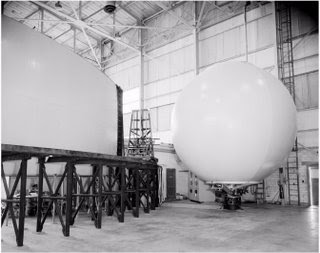 Here's a picture of the set before it was painted. 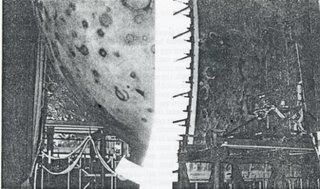 The fake moon being illuminated. 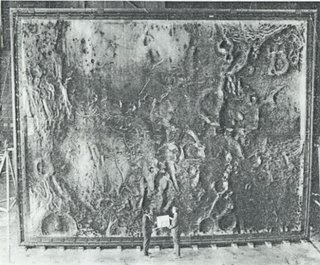 They did a damn good job on making sure it looked real.

I don't necessarily believe that we haven't been to the moon, I'm not trying to argue that point. My point is, why did NASA create pictures and videos in a big Hollywood style studio that depicted the Apollo program going to the moon.

And what about that damn Apollo 11 footage.