"That's no moon, it's a space station." Saturn's Moon, Iapetus 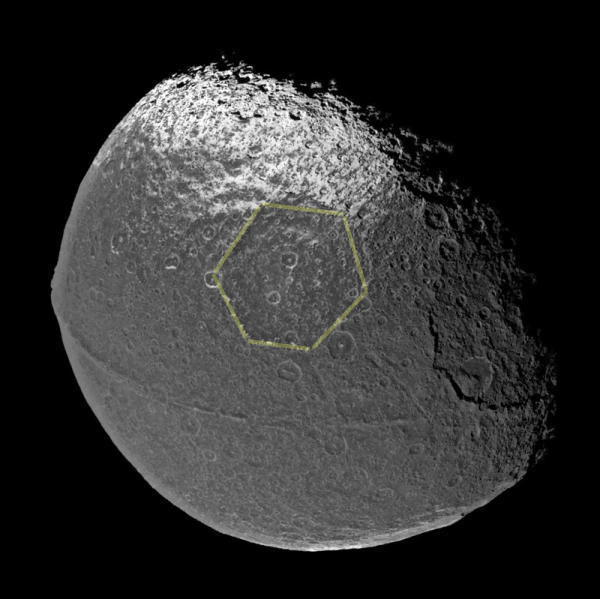 Iapetus is the third largest moon of Saturn and the eleventh largest moon in the solar system. This ,my friends, currently has to be the most compelling find in our entire solar system. This moon is considered the yin-yang of Saturn's moon because of its incredible two-tone 50/50 split. One side of the moon, called Cassini Regio, is a dark region and has a reflectivity of something like asphalt. The other side, "Roncevaux Terra," is as white as snow. But the most intriguing feature of this moon that has scientists baffled is a bizarre ridge that's twice the height of Mount Everest and circles most of Iapetus smack dab in the middle. There are no viable geological models to explain this 12 mile wide, 12 mile high, 800 mile long wall. They say if you lived near this incredible monstrosity, it would take up one half of the entire sky. This is the only place in the universe were a ridge like this has been discovered. 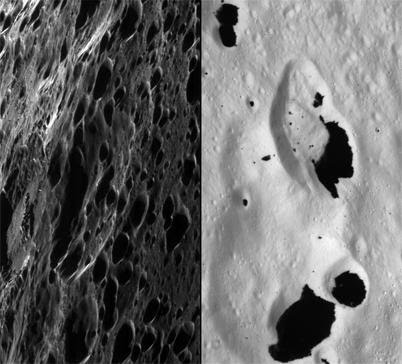 The fact that no one on earth as any idea how a ridge like this could have formed naturally, raises the question of, well, . . . if it wasn't formed by the solar system, then by what? Or more importantly, who? Would it even be possible to build a structure of this magnitude? Why yes, it most certainly is. If you think about it, the largest skyscraper in the world is the Burj Dubai measuring in at an impressive 2,789 feet. Now with the gravitational pull of Iapetus being only 1/40th of that of earth, a similar skyscraper built on Iapetus could reach 15 miles. This huge ridge is as wide as it is tall. If it is artificial, with strong lateral support it could actually reach much higher in such a weak gravity field. 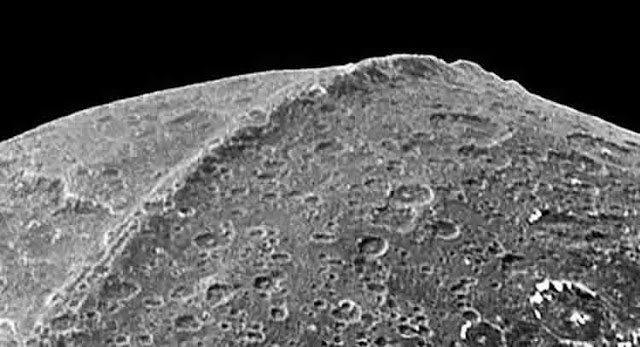 The rabbit hole doesn't stop here though. Not only is this moon half black, half white, with a ginormous ridge around it, its shape is geometric! This is impossible, though, because all other natural moons larger than 250 miles across are always spherical due to their greater gravity. Iapetus is a 900 mile wide, eroded, truncated icosahedron.

The fact that this moon has this type of geometrical shape would imply that this moon was made by intelligent design. If so, it follows that the moon might also be hollow. 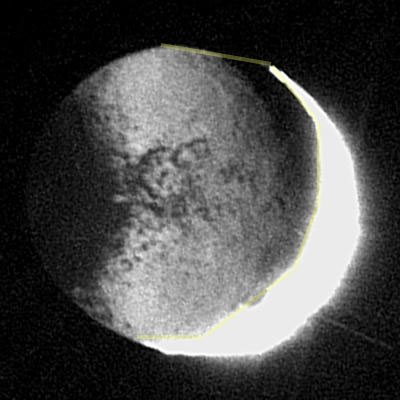 Here is where things really start to hit the fan. 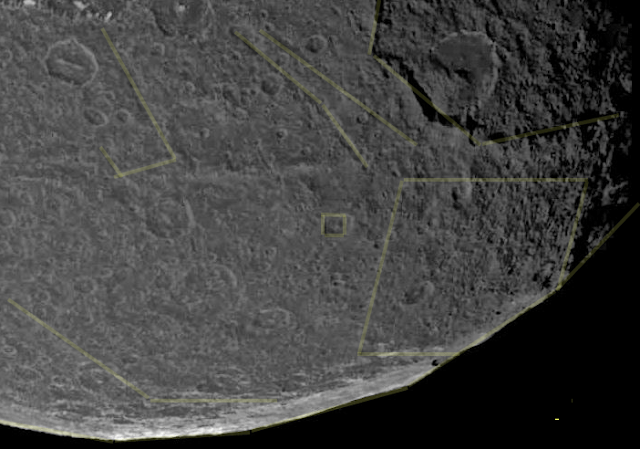 A huge square (outlined, incomplete) along with other perfectly strait enormous lines????

Lets take a closer look at the surface and see what else we find. I have taken the liberty of highlighting the areas of interest. 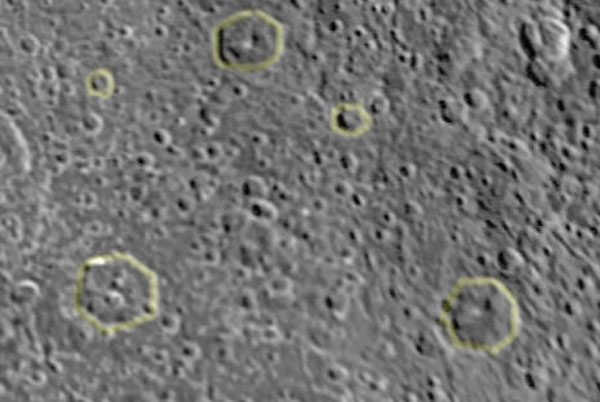 Naturally made craters are round, not shaped like polygons. There is no explanation and NASA has failed comment. 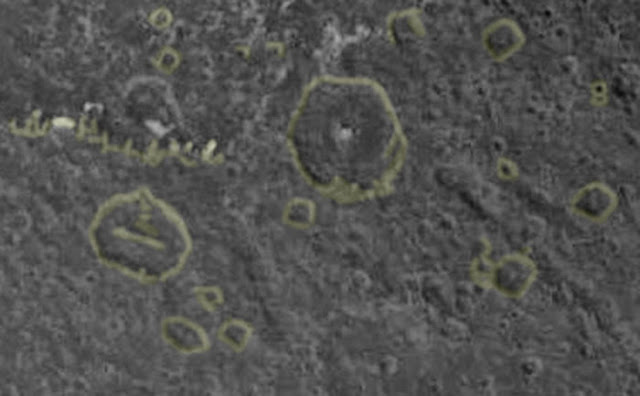 There is no denying the images before you, nor is there any scientific explanation. 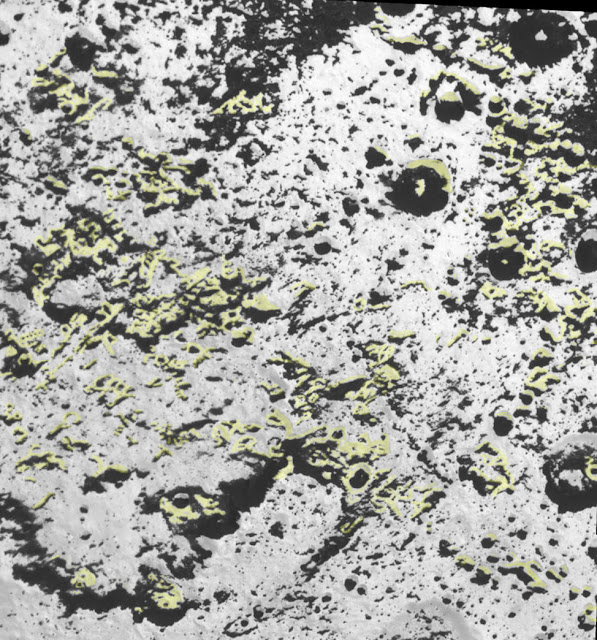 Click on this image to take a closer look. I have highlighted the areas that seem to be something other than a natural formation. 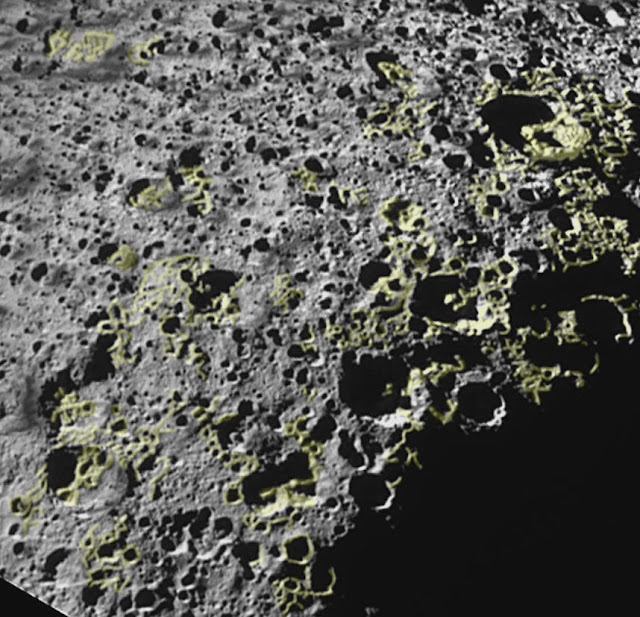 There is so much going on in this photo and so many areas in question. There seem to be passage ways and large buildings everywhere! Odd to say the least.

Again, please click on the image to see the full size. Welcome to the ancient city on Iapetus. 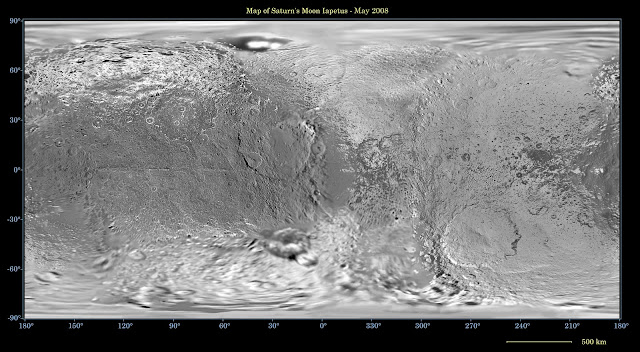 Here is a topographical map of the surface of Iapetus taken in May of 2008. Take a look for yourself. All of these photos can be found at NASA.

I know so many people may read this and say to them selves, "This is nonsense! Aliens building moons? Ridiculous!"

Is it really that hard to believe? How does anybody know that this wasn't built a billion years ago and is now an ancient alien artifact? It would make sense that it's extremely old considering the wear and tear. Think for a second that this is a space station built by another race of beings billions of years ago. Who were they and what was it used for? The evidence is startling. 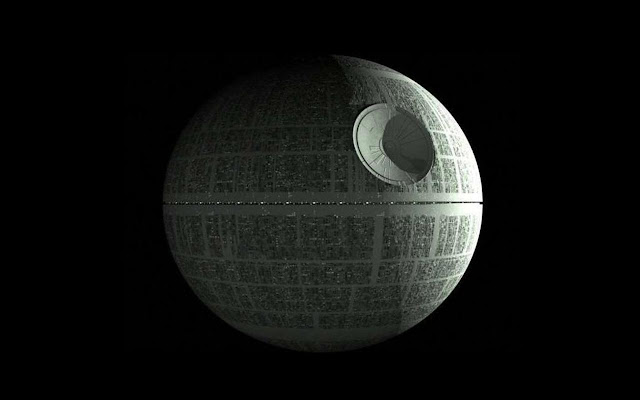 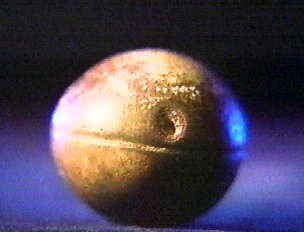 This is a Klerksdorp Sphere found in South Africa and is dated to be 2.8 billion years old. A striking resemblance don't you think? 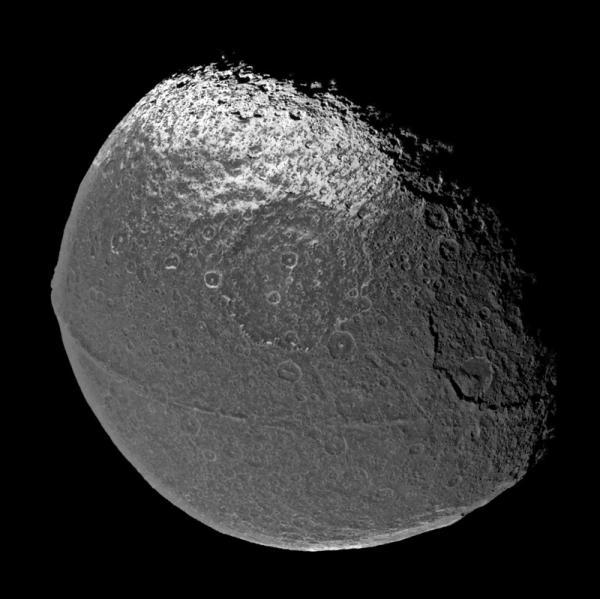 Why is it that so many people have a hard time believing that something like this could be the result of intelligence other than ours? I say it's because our human minds are too consumed with what is happening in our so called realities. It's hard to fathom that an ancient alien moon base has been floating around Saturn longer then anything we know. But what if my interpretation of the evidence above is correct? You have the same evidence right in front of you, and it's up to you to accept it. Try to let go of conventional thinking, which can trap your ability to think freely. Explore the unknown and enjoy the adventure as you obtain your Attainable Mind.
Email ThisBlogThis!Share to TwitterShare to FacebookShare to Pinterest
Newer Post Older Post Home