The Governments Double Standard on Recording Audio and Video 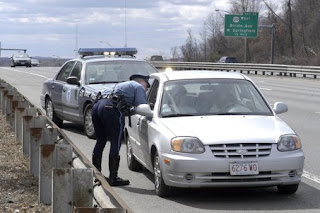 OK, in this scenario the officer has done his job and get's payed for it.  They also have every legal right to look  at that video of the officer pulling you over and giving you the ticket.  They can even use it for training purposes if they desire.  So in reality, police in training that are not officer's yet will legally be able watch that video of you without your consent and without you knowing about it.

Now the fact that you had your video camera rolling at the same time recording the same event and the fact that the officer never gave you consent is a felony and you could theoretically be put in jail for 5-16 years. 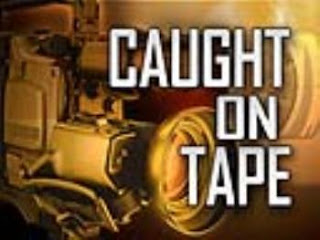 So why is it that the government can record you but you can't record them?

Did you know that there are only twelve states that say all parties involved in a wire tap must give consent before any recording can take place.  If you live in California, Connecticut, Florida, Illinois, Maryland, Massachusetts, Michigan, Montana, Nevada, New Hampshire, Pennsylvania, Washington it is illigal to record your phone call without your consent.  Anywhere else and your phone right on could be taped without you knowing and the government has every right to do so.

The law states that generally, it's perfectly legal to videotape or photograph any person and anything while on public property, except:

They can record you but you can't record them. 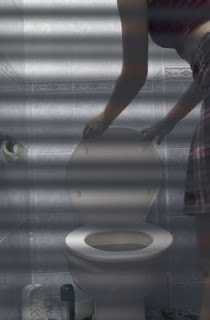 The federal government and most states have now passed “video voyeurism” laws. These laws make it a crime to secretly record images of people in places where they have a reasonable expectation of privacy, such as bathrooms, dressing rooms, locker rooms, hotel rooms and tanning salons. The federal law prohibits anyone from recording images of an individual’s “private areas” without consent when that individual has a reasonable expectation of privacy.

Every state in the U.S. now has some legal prohibition of video voyeurism or invasion of privacy, except Iowa and Washington D.C.
Washington D.C!!!

In this video here a motorcyclist who has a helmet cam gets pulled over by an unmarked police car.  Out steps the cop in plain clothes with his gun in hand.  The fact that the motorcyclist put his video on Youtube was a felony and he is now facing a possible 16 year jail sentence even know he was on public property.  He has been charged with violating the states wiretapping law and was also charged with the possession of "a device..primarily useful for the purpose of surreptitious interception of oral communications." This is referring to his Gopro camera mounted to his helmet.

"It is hard to imagine anything more antithetical to a democracy than for the government to tell its citizens that they do not have the right to record what government officials say or do or how they behave." David Rocah, staff attorney at the ACLU of Maryland.

“Police are not used to ceding power, and these tools are forcing them to cede power,’’ said David Ardia, director of the Citizen Media Law Project at Harvard’s Berkman Center for Internet and Society.

Here is a perfect reason why police don't want to be videotaped.


Michael Hyde, a 31-year-old musician, began secretly recording police after he was stopped in Abington in late 1998. He then used the recording as the basis for a harassment complaint. The police, in turn, charged Hyde with illegal wiretapping. the SJC upheld the conviction in 2001.

“Secret tape recording by private individuals has been unequivocally banned, and, unless and until the Legislature changes the statute, what was done here cannot be done lawfully,’’ the SJC ruled in a 4-to-2 decision.

Inspired by videos seen on Youtube, Jon Surmacz used his cell phone to record Boston police officers using what he thought was unnecessary force to break up a party. Next thing he knew, he was arrested and charged with illegal surveillance.

Simon Glik captured a police action on his cellphone to document what he considered to be excessive force. He was  arrested and his phone was seized.

Christopher Drew who was selling one-dollar artwork on the streets of Chicago, was arrested on charges for not having a peddler's license and peddling in a prohibited area on the streets of Chicago. He had a mini audio recorder on him and ended up recording his own arrest. Although the misdemeanor was dropped, Drew is being prosecuted for an illegal audio recording, a Class I felony punishable by 4 to 15 years in prison.

Ever hear of Oscar Grant, here is another perfect example of why the government has these type of laws in place and try to manipulate them whenever they can.


So why is it illegal to video tape police officers, now you know. If it's illegal and made a felony punishable to up to 16 years. People will be to scared to do so and the police can write the report however they see fit.  The officer who shot and killed the 22 year old unarmed boy has still not been sentenced.  This indecent happened January 1 2009, a year and nine months ago.

There were about six or seven cell phone video camera's recording the shooting and most of them are on Youtube.  According to the law, every person who shot a video committed a felony.  The footage was broadcast on local and national news.  There were lot's of people in that video, did the news stations get consent from everyone?  Didn't the news stations commit a felony for broadcasting the video without getting consent?  It was also video's were taken inside a train station, that's a felony in itself  What are the point of laws if some people don't have to abide by them?