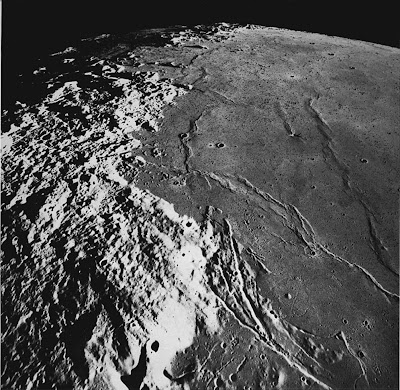 Lots of people say, including John Lear, the son of Bill Lear who is the founder of Lear Jet, that they are 100% positive there is something on the moon. I'm not just talking an old moon buggy or an American flag. I'm talking about large structures, man made and alien made. Sounds crazy?? Tell me this, why would someone like John Lear, who is one of the most decorated pilots out there, put his reputation on the line to make up some BS about whats on the moon. He's an old guy with lots of money. Think this may be a publicity stunt??

Why would anybody want to be know as the crazy old guy who thinks there's aliens on the moon? Especially when everybody knows your name, "Lear Jet". I encourage you to listen to any of the handful of interviews he's done. It's really unbelievable what he has to say. But again I ask, what is the motive if he's making it all up? Besides, there are consumer telescopes that are powerful enough to capture these structures. And people have. The more and more this type of information gets out the more and more people are going to want to seek out the truth themselves.

Like the guy who filmed this video on youtube; it's as clear as day!!!
Or is it?


There are also lots of photo's that come straight from NASA that make you just go WHAT THE???? Just take a look of the one I posted of the moon, I found it on the NASA website and just looked for a while. Notice the strange shadow that go's the wrong way?? Look a little above the middle and to the right. Invert the colors, look close, investigate, see for yourself.
Email ThisBlogThis!Share to TwitterShare to FacebookShare to Pinterest
Newer Post Older Post Home