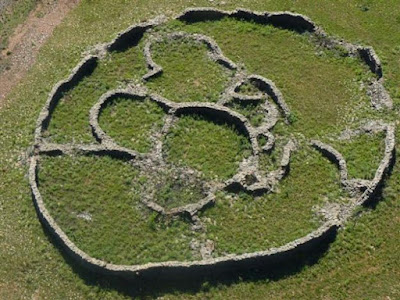 This is by far the most incredible discovery in all of history. Approximately 20,000 ancient stone ruins have been found about 150 miles west of the port town Maputo in South Africa.   As many of the structures have been completely eroded or covered by soil, it's most likely only a small portion to the original number.  This huge metropolis of dense ruins covers a conservative 1500 square miles which is also a part of a larger community of ruins that spans over 10,000 square miles. 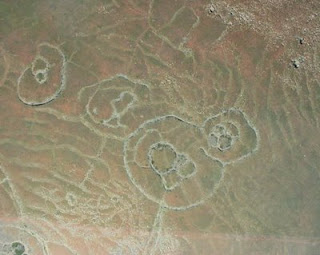 Curiously, most of these ruins are connected by very precise road structures that had 9 foot walls on either side and span for hundreds of miles.  They know this because some parts of the walls are still intact.  Among the ruins are many large agricultural terraces that would suggest the people who built them had extensive knowledge of farming and food production. After seeing the structures as a whole it becomes very clear that these ruins took an extreme amount of intricate planning by an advanced civilization.  We're talking a huge Metropolis with settlements spanning over 10,000 square miles that consisted of a civilization of a few million people. These ruins are approximately two-hundred and eighty-five-thousand years old.  Yes, that date is as correct as far as they know. 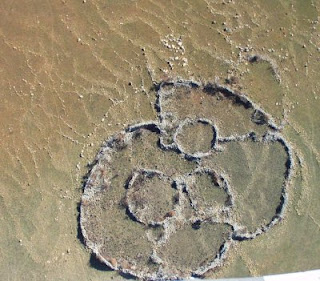 You're probably asking yourself how anyone could possibly know the date of these ruins.  Well, since carbon dating wasn't going to work in this circumstance considering that the stone would obviously be much older then the site itself.  They had to use a different method of reading layers that take thousands of years to naturally form on the exposed rock.  So where the rocks were placed together, no layer would form and that's how they were able to come up with the number of 285,000.

The region of South Africa where these ruins exist is somewhat remote.  The local farmers had noticed them before but simply wrote them off as cattle kraal left behind by the Bantu people as they moved south and settled the land from around the 13th century. Thing is, no one ever bothered to investigate the sites any further until now.

Michael Tellinger, researcher and author who is now at the forefront of this discovery has teamed up with a local pilot Johan Heine who had been photographing the ruins over the last decade. Johan also discovered a a 75,000 year old monolithic calender among the ruins called "Adam's Calendar" that lines up with the summer and winter solstice, Orion's belt and the four corners of the earth (N,S,E,W).


So the question becomes, what were these ruins originally used for?

It is believed that these ruins were built to mine gold, create power, house millions people and grow food. 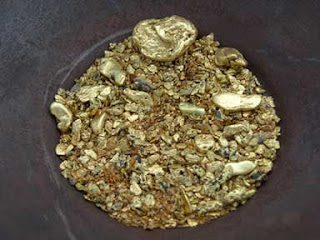 South Africa  is the leader in gold production and has the highest concentration of  gold anywhere on earth.  Gold has also been the most important chemical element for humans throughout history and is the most precious of the common precious metals.  Humans have been obsessed by gold since the beginning of our species as Homo-Sapiens.  This site is believed to be the birth-place of our relationship with gold and where the first Homo-Sapiens were born.  285,000 years ago, not 100,000 as we previously had thought.   But wait, this civilization's people were obviously not hunters and gatherers.  They knew of agricultural, architecture and mining.   What it comes down to is the fact that these ruins must have been built with knowledge from a much higher intelligence then what was already here on earth. 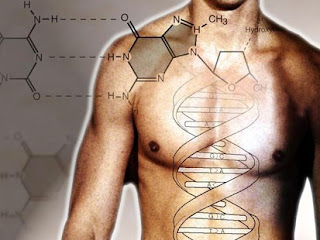 So you now have to ask, why is it that humans have only half the amount of genes that a chimpanzee does?  Why is it that humans only use 3% of our DNA which is less than the common house fly?   Why is the construct of what makes us who we are so different than everything else here on earth? The answer is simple.  The first Homo-Sapiens were created from alien's to mine gold.

The human genome requires 750 megabytes of storage compared to 1,500 megabytes of storage for Windows XP so with the technology that these extraterrestrials had, their supercomputers they must of easily been able to figure out the correct gene mapping in order to get the correct sequence for creating Homo-Sapiens.  Once they got it right, they made millions of humans who worked together living in a Metropolis mining for gold and growing their own food more than 250,000 years ago.

Finding these ruins is a great way to pass a few hours on Google earth.  They are absolutely incredible and they are EVERYWHERE!!

Here are some good concordances to start with:

History as we know it has changed forever and alien DNA has made us into who we are today.  Is it really that hard to believe?  If it is for you, then ask yourself, why?  We still can't figure how the Great Pyramid of Giza was built.  The answers to all of these question are not too far off and the truth will reveal itself.

I highly suggest listening to the interview with Michael Tellinger on Coast to Coast called "African Ruins & the Annunaki" recorded on Thursday April 8, 2010.