The Bosnian Pyramids, Biggest and Oldest on Earth.

A businessman/archeologist by the name of Semir Osmanagic in April of 2005 was the first to notice the unusually shaped hills.   He has discovered nine pyramids in total, the Pyramid of the Sun and the Pyramid of the Moon are the biggest and most obvious.  These pyramids are much bigger and older than the Pyramids of Giza and may date back to about 32,000 BC which per dates every human made structure on the planet by about 27,000 years and is going change the history of the world as we know it!!!

Of course Semir had tons of ridicule and skepticism regarding his findings.  People putting two and two together and said he was just trying to boost the Bosnian economy and his own wallet.  This was base on the fact that he was a businessman/archeologist. To many, this had to be a hoax simply because the history books would have to be rewritten, and the simplest answer is usually right answer.  Not in this case.


There has been so much talk and tabloid media coverage about this being a hoax that most people today still feel this whole thing is bogus. If you hear something enough you tend to believe it know matter what it is. The other problem is that tabloids sale more than scientific fact.  People write what sells, who cares about the facts. 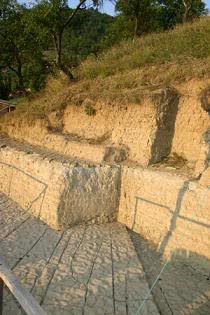 In August of 2008 the first International Scientific Conference on the “Bosnian Valley of the Pyramids” was presided by Dr. Nabil Swelim. Having a Ph.D in Archaeological Sciences, and one of the world’s leading Egyptologists. Other people that attended were Dr. Oleg Khavroshkin, one of Russia’s leading scientist and Dr. Mostafa El Abbadi, founder of the Library of Alexandria and several other leading Egyptologists and archaeologists, mostly from Eastern Europe and the Middle East.

One of the topics that was discussed was the fact that the old thinking of pyramids only come from Central America and Egypt. When in fact we now know there are pyramids in China and in Peru, this acknowledges that fact that this is a global phenomenon of different ages.

During the conference it was unanimous that the “Bosnian Valley of the Pyramids” was indeed made by humans. They have found an extensive underground tunnel network as well as other archaeological sites in the area. That's actually how they were able to determine when they were built. They did carbon dating on a piece of wood recovered from one of the tunnels and were presented by Andrew Lawler and Anna Pazdur. Though they noted that it was a unique artefact and the conclusion was that the piece of wood was 34,000 years old. Which would in theroy give an estimated date to when the pyramids were built. If this turns out to be true, this finding will literally shatter about what we think we know about human civilization.

The history books will be rewritten, this my friends is by far the greatest archeological finding on the planet.

Here where the conclusions and recommendations given at the ICBP conference in 2008:

1. Work at the archaeological location “Bosnian Valley of the Pyramids” in Visoko, Bosnia and Herzegovina, is an important geo-archaeological and epigraphical research that requires further multidisciplinary scientific research which should answer the origin of the Bosnian pyramidal hills and the extensive underground tunnel network as well as other archaeological sites in the vicinity;

2. ICBP Conference recommends that Second International Scientific Conference about the Bosnian Valley of the Pyramids should be held in Sarajevo in two years (2010) and gather experts in pyramid research from all over the world;

3. ICBP Conference introduce the initiative to establish Centre for Pyramid Studies with headquarter in Sarajevo;

4. ICBP Conference recommends universities in Bosnia and Herzegovina to establish study at the graduate level for archaeology as a support to the research project ‘Bosnian Valley of the Pyramids’.”

This is very real, and it's all starting to make sense. You should take a look at the post I did about the "Blue Beam Project". The first step in the Blue Beam Project is that new archeological findings will take place that will rewrite history as we know it. I think this one counts as kind of a big find and will surely make the scientific community think differently about the history of human- kind. 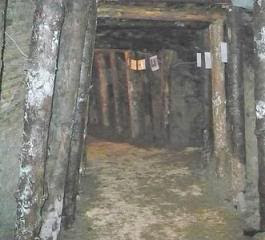 It's going to be very interesting to see what is excavated and found this coming summer. We are getting ready to discover an entirely new race and culture of people the world has never known about.

You would think this would be all over the news and in the papers across the globe. But the fact that this thing at first got so much bad press, people are still not willing to except this find as being the real McCoy. Even after the conference with a large number of heavyweight professionals all agreeing that these pyramids were in-fact made by humans.

Here is a list of who is on the ICBP committee:


It was this group of people who prepared the Draft of Recommendations on August 28, which was approved by all participants on August 29.

Are all of these doctors trying to boost the economy of Bosnia? Are they all in on a big Hoax or scandal? Something tells me that there not.

Very exciting things to come from “Bosnian Valley of the Pyramids” this next year.

Open your mind and attain the possibility's of our world were coming to find we know very little about. At least what's made public anyway.

Sense Semir lives in Houston, Texas now, ABC Houtson was the only news station in America to pick to the story.  Not CNN not FOX not MSNBC but one local news station.  HUMMMM......