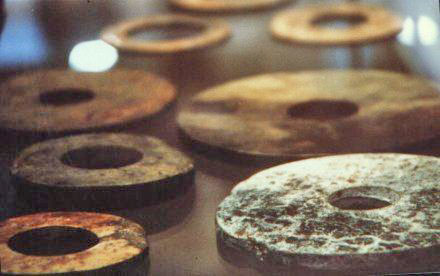 On the border of China and Tibet in the remote mountains of Bayan-Kara-Ula a truly amazing discovery had been made in the 1930's during the exploration of  the interlinked tunnels.  A team lead by Chinese archaeologist, Professor Chu Pu Tei had been exploring the caves when they came upon a series of very unusual but neatly arranged burial sites containing the skeletons of creatures with spindly bodies and disproportionally huge skulls and were originally thought to have been the remains of the a Tibetan Ape.  But that explanation was quickly ruled out by the fact that Ape's do not bury their dead.  After further more modern techniques of  testing, it has led experts to believe that these skeletal remains belong to an ancient unknown race of a humanoids.


They also went on to find cave paintings portraying beings wearing round helmets along with the Sun, Moon, Earth and stars all being connected by small dots.  It became quickly obvious the paintings were some sort of map, undoubtedly made by intelligent beings.
The carbon dating tests relieved that the findings were around 12,000 years old and the fact that the cranial cavity of these beings were so large would indicate that these beings were extremely intelligent and had very large brains.

But this is where the mystery just begins.  Besides the fact that they just found a new species of humanoid unknown to the world, while examining the surrounding caves Yei and his men also discovered what just might be the most incredible, tangible artifacts in human history.  716 stone disks ranging anywhere from 9 inches to 3 feet in diameter and 3/4 to 3 inches thick with an engraved spiral going from the outside edge to the hole in the center of the disk.  After close examination of the disks it was realized that the engraved spirals were actually code for something, a type of language unknown to any one on the planet.  It became obvious that the continues lines was some sort of intelligent writing.

Wait a minute, lets hold on a second here.  Strange new species of humanoid, very intelligent, unknown written language dating back to 10,000 BC.  The earliest written language that's recorded in the history books dates back to 3500 BC in Sumeria ,......that's 6,500 years later!!!  The first Chinese inscriptions date to about 1200 BC.

Experts for twenty years tried to translate the disks, but all had failed.  It was not until a professor by the name of Dr. Tsum Um Nui in 1962 who was able to break the code and started to decipher the "speaking groves" and soon it was realized the full implications of these writings.  That fact that these implications were so preposterous by some that the conclusions that  Dr. Tsum Um Nui came to about the translations were completely officially suppressed.

Here is one of the translations made by Nui:


"The Dropas came down from the clouds in their aircraft. The men, women and children of the neighboring peoples (Ham) hid in the caves ten times before sunrise. When at last they understood the sign language of the Dropas, they realized that the newcomers had peaceful intentions...". 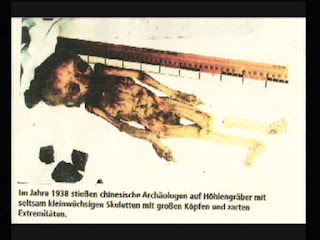 This is a story of a 'space probe' containing intelligent life from another planet which crashed into the Bayan-Kara-Ula mountain range, and how the peaceful intentions of the 'aliens' had been misunderstood, while many of them were hunted down and killed by members of the Ham tribe who lived in the neighboring caves.

Other translations talked about how the Ham tribe showed remorse and regret that the alien spaceship crash-landed in such a remote mountain range having no way to repair their ship and that the Dropa would be stuck on earth forever never being able to return to their home planet.  Since this incredible discovery, archeologists and anthropologists have learned much more then what was known about the isolated Bayan-Kara-Ula mountains and the people that inhabited them. An old legend still told by locals speak of small, gaunt, yellow faced men who came from the stars, long, long ago. 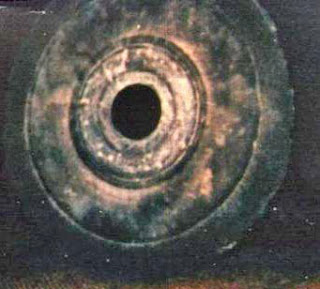 Now of-course this story could not stay buried forever, especially from the Russians.  In 1968 a Russian scientist named W. Saitsew published a paper on the subject of extraterrestrials visiting earth throughout story and some of the information was gathered from the works of Nui.  The Russians became very interested in the stone disks and later had some of the disks examined in a Moscow laboratory where two extraordinary discoveries were made.  One, is that the disks contained traces of metal, mostly cobalt. Two, is the fact that when the disks were placed on a special turntable, they hummed in a very unusual rhythm as if they had an electrical charge going through them.


After that, nothing was heard of the disk for years, until a Austrian engineer  by the name of Ernst Wegener in 1974 spotted the disks in Xian at the Banpo Museum, although the director of the museum could tell him nothing about the disks, he was aloud to take some photographs and hold them in his hands.  All he had was a Polaroid camera and many of the photo's circulating today are the one's Wegner took and have just been reprinted.

Hartwig Hausdorf who is author of many book covering UFO's, the Chinese Pyramids and other X-file conspiracy's, once he heard about the disks went to the museum in Xian to examine the disks for himself in 1994.  When he contacted the director of the museum, he was told that the disks had disappeared with no explanation to their whereabouts.

Then in 1995 a special news report was released by Chinese government:

"In the province of Sichuan, which lies on the eastern border of the Baian-Kara-Ula mountains, 120 people of a previously ethnologically unclassified tribe have been discovered. The most important aspect of this new tribe is the size of its people: No taller than 3 ft. 10 in., the smallest adult measuring only 2 ft. 1 in! This discovery might be the first hard evidence on the existence of the Dropa/Dzopa - a people whose predecessors are said to have come from the stars." 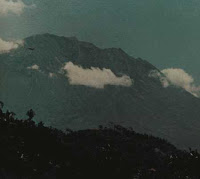 These two tribes still exist today in the isolated area between Tibet and China, though the two tribes now live in harmony with each other. Anthropologists have been unable to categorize either tribe into any known race of humans.  These tribes are neither Chinese nor Tibetan.  These people are of pygmy stature with adults measuring between 3'6" and 4'7" with an average height of 4'2", and an average body weight of 40 pounds. Their skin is a pale yellow, their body's are very thin and their head's are disproportionately large.  Directly corresponding with the skeletal remains found in the caves back in the 1930's.  Oddly enough the Dropa and the Han tribe's  people have very little hair on their bodies if any, very large BLUE eyes, which is not at all  common in that area of the world. 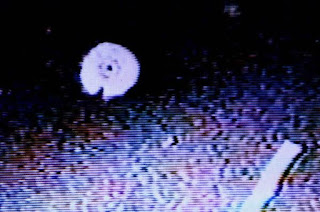 I believe this to be an very obvious case of aliens cross-breeding with humans.  I just don't see why this theory could be so far fetched.  Look at the evidence, how could it be any more obvious.  Government cover-up, new species of humanoid, first written language on the planet predating Sumerian text by 6,500 years.  One other interesting fact is the similarity's between the Dropa stones and the UFO's that NASA caught on tape during their tether incident back in 96'. These are the facts, decide for yourself and attain your attainable mind.
Email ThisBlogThis!Share to TwitterShare to FacebookShare to Pinterest
Newer Post Older Post Home