What is Happening to Earth

Earths magnetic north is rapidly speeding up at a rate of shift of about 40 miles per year.
Unexplained changes are happening in the earth's liquid outer core.
Massive shifts are taking place in the earths magnetic field.
The earths wobble has stopped completely.
Natural disasters are more common.
Passing the interstellar cloud.
Earth's pole reversal.


Earths magnetic north is rapidly speeding up at a rate of shift of about 40 miles per year.


Earths magnetic North pole over the last five hundred years has moved anywhere from 1 to 18 kilometers a year, and typically in a somewhat circular motion. Over the last fifty years it is now moving anywhere from 50 to 70 kilometers a year in one direction. Here's NOAA's data sense 1590. You'll notice that the largest increase of speed has occurred over the last 12 years. This is real, and it's the cause of many of the large earthquakes, erupting volcano's, and strange weather patterns that's happening so frequently. Magnetic North has move far enough to were airports around the globe are having to reconfigure their coordinance.
A quote of the scientist at NASA:

"The pole kept going during the 20th century, north at an average speed of 10 km per year, lately accelerating "to 40 km per year," says Newitt. At this rate it will exit North America and reach Siberia in a few decades."

"Rapid changes in the churning movement of Earth's liquid outer core are weakening the magnetic field in some regions of the planet's surface, a new study says.

"What is so surprising is that rapid, almost sudden, changes take place in the Earth's magnetic field," said study co-author Nils Olsen, a geophysicist at the Danish National Space Center in Copenhagen.
As the geology and space science website reviles"
-  National geographic 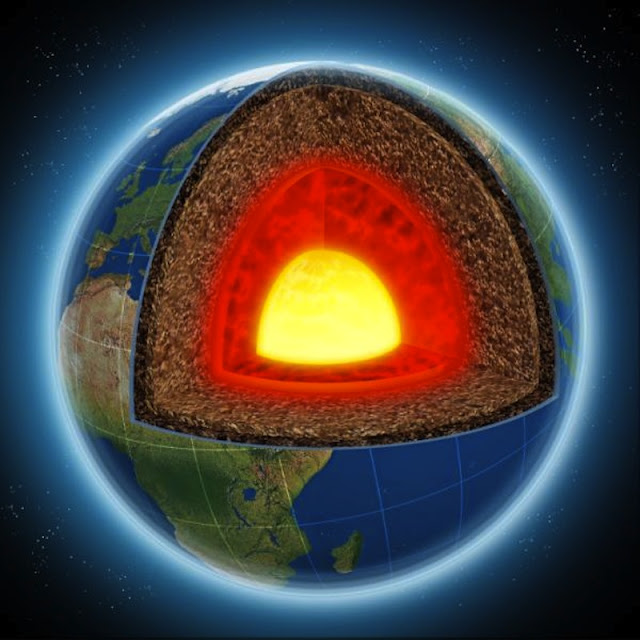 Massive shifts are taking place in the earths magnetic field.
From the same article in National Geographic:

"Fluctuations in the magnetic field have occurred in several far-flung regions of Earth, the researchers found.

In 2003 scientists found pronounced changes in the magnetic field in the Australasian region. In 2004, however, the changes were focused on Southern Africa.


The changes "may suggest the possibility of an upcoming reversal of the geomagnetic field," said study co-author Mioara Mandea, a scientist at the German Research Centre for Geosciences in Potsdam." 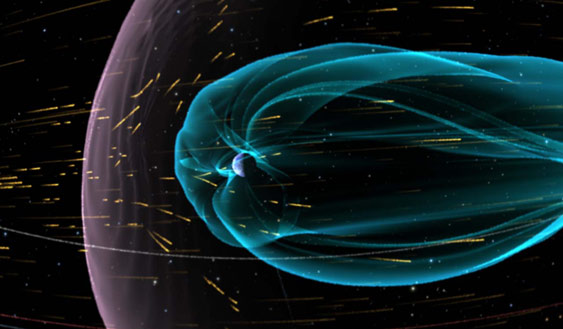 The earths wobble has stopped completely.
As explained in the geology and space science website earthchangesmedia.com
“The Chandler wobble was first discovered back in 1891 by Seth Carlo Chandler an American astronomer. The effect causes the Earth’s poles to move in an irregular circle of 3 to 15 meters in diameter in an oscillation. The Earth’s Wobble has a 7-year cycle which produces two extremes, a small spiraling wobble circle and a large spiraling wobble circle, about 3.5 years apart.

The Earth was in October 2005 moving into the small spiraling circle (the MIN phase of the wobble), which should have slowly unfolded during 2006 and the first few months of 2007. (Each spiraling circle takes about 14 months). But suddenly at the beginning of November 2005, the track of the location of the spin axis veered at a very sharp right angle to its circling motion.

The track of the spin axis began to slow down and by about January 8, 2006, it ceased nearly all relative motion on the x and y coordinates which are used to define the daily changing location of the spin axis.” 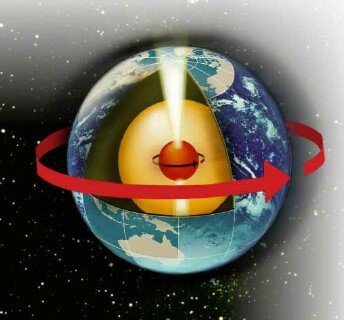 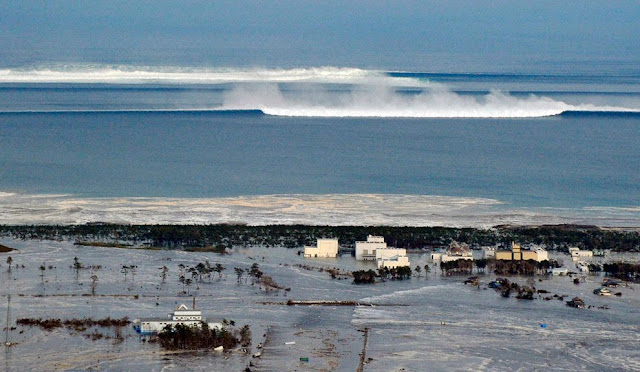 Passing the interstellar cloud.
Our solar system is currently passing through a magnetic interstellar cloud that astronomers just discovered a few years ago. Astronomers call this Interstellar Cloud, "Local Fluff" for short. It's still a mystery to what effect if any it will have here on earth, but it's hard to imagine that a super magnetic cloud that's 30 light years wide would have no effect on the sun and planets in our solar system. It may give explanation to why so many changes are currently happening throughout the solar system. Such as the Sun's magnetic field increasing by 230 percent since 1901, the glowing plasma at the leading edge of our Solar System has recently increased to a 1000 percent, Jupiter's magnetic field has more than doubled in the last 50 years, Uranus's magnetic field is changing, Neptune's magnetic field is increasing. These planets are becoming brighter, the magnetic fields are increasing and overall their atmospheric qualities are changing. Earth's moon is growing an atmosphere. Not related to global warming, earth's upper atmosphere has HO gas that's forming that wasn't there before; it simply did not exist in the quantity that it does now.

"It's about 30 light years wide and contains a wispy mixture of hydrogen and helium atoms at a temperature of 6000 C. "Voyager data show that the Fluff is much more strongly magnetized than anyone had previously suspected—between 4 and 5 microgauss*,"
- NASA 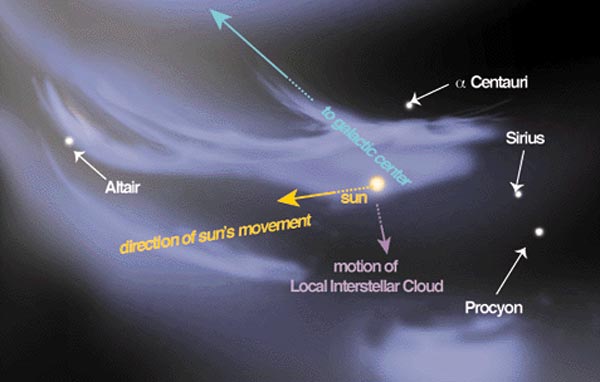 Earth's pole reversal.
Experts agree that a magnetic pole reversal happens anywhere between 50,000 and 800,000 years and the last time it happened was about 780,000 years ago. Now it's not that the earth would physically turn up-side-down, geographically earth would stay about the same, but magnetic north would be south and magnetic south would be north. Most scientist would concur that this process takes anywhere from 1000 to 4000 years, and further studies have shown that it can literally happen in only a few hours. What effect would this have on the earths surface? Reversal of the geomagnetic poles would influence the earths core at many levels, just as the earths core influences the geomagnetic poles. The result would be increased volcanic activity and earthquake activity world wide. Having a spike of volcanic activity would influence the global climate by creating a cooling effect due to the amount of volcanic dust that gets spewed into the atmosphere reflecting the sun. This alone could lead earth into an ice-age. On a side note, Neptune and Uranus just recently had a pole reversal according to the data that came from Voyager 2.

Sun cycle 24
For reasons not fully understood, every 11 years the sun's magnetic poles flip which in turn creates an immense amount of solar activity. When the sun is active it creates solar flares and mass coronal ejections that blast huge amounts of solar partials faster than the speed of light, some might even call them (when big enough) solar tsunamis. The earths magnetic field is what protects us from the harmful rays of the sun. It's also what protects us from being blasted by powerful solar winds that carry radiation. We have already entered sun cycle 24 and it's scheduled to reach solar maximum near the end of 2012. This is when the sun will be the most active and it's predicted by many experts that solar cycle 24's solar maximum could be the the most powerful ever recorded in human history.

2012
2012, 2012, blah, blah. Everyone should know that 2012 plays a significant role in time. All this stuff is happening now, and many experts agree the worst of it is going to happen sometime near the end of 2012. Prophecy or not, these are the facts. We are going to see some interesting times ahead. 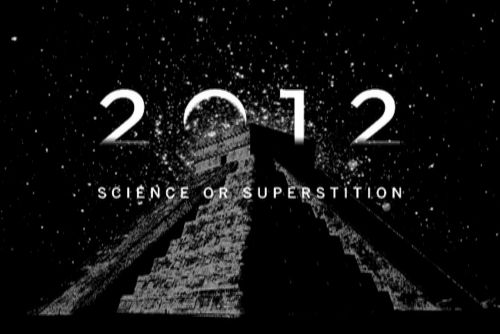