Not sure if you have noticed lately but the sun has become very active again thanks to solar cycle 24. Every 11 years the sun flips it's poles creating lots of solar activity. What makes this cycle unique is that before the cycle started, the sun had been so quite that it baffled scientist at the Solar and Heliospheric Observatory (SOHO). It was the longest "flat" spell they've ever witnesses in history. 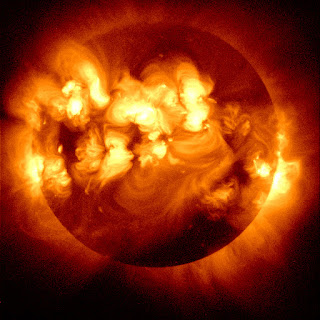 In between solar cycles, the sun normally has a consistent amount mellow activity. But during solar cycles the sun becomes much more active creating large flares and mass coronal ejections. What was odd about the flat spell is that the sun virtually went silent for almost 3 years. This has led some experts to conclude that solar cycle 24 may be the most active solar cycle in history and  may create a solar superstorm during its peek. This comes with great concern because of what happens to earth when it's bombarded by solar superstorm.

On September 1st through the 2nd in 1859 a solar superstorm hit earth so hard that the aurora borealis could be seen  as far south as the Caribbean. Miners in the rocky mountains thought it was the morning sun because the aurora was so intense. Telegraph machines were literally frying up in Europe and North America. In some cases the telegraph paper would spontaneously combust. Even more amazing, other telegraph machines continued to work without electricity! They were being powered by the geomagnetic charged atmosphere caused by the solar superstorm. Wow, free electricity! 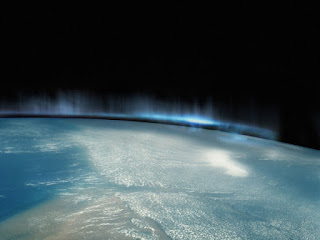 In this day and age so many people depend on electricity for their everyday lives. Unless you're Amish, or living in a third world that has no electricity, life would become utter chaos if it were to fail. Imagine all communications seizing up including the internet, on-board computers that guide airplanes and sea vessels would fail along with power grids world wide. Can you even imagine what our world would be like if the entire planet were to simultaneously loose electricity? Experts say it could take months to have power grids back up and running, not to mention the estimated ten thousand satellites in orbit  would either fall to earth or stay in orbit, worthless.

Think this is all a pipe dream? Think again, because experts say it's very real scenario. This is why the  Space Weather Enterprise Forum was held June 8th 2010 at the national press club in Washington DC. Here is a list of who was suggested to attend: 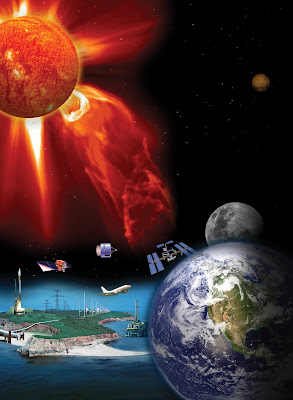 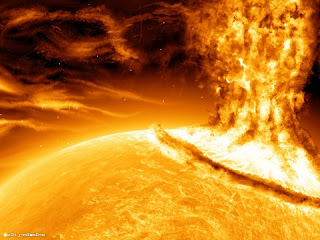 Starting to see a clearer picture now? Scientist say a solar superstorm would be like hurricane Katrina X 20 or even worse. Here's the kicker, a solar superstorm is predicted to happen during the peek of the current solar cycle around end of 2012 or in early 2013, right around December 21st 2012. End of the world? No, but it would be a massive transformation fulfilling the prophecies of 2012. Scientist of-course say it's just a coincidence. Maybe so maybe not. That will always remain a mystery. What I find interesting is that the Mayan worshiped the sun as a god named Ah Kinchil, and were  able to predict solar cycles which is what their calender was partially based on. Time will only tell.

I was inspired to write this post today being March 10, 2011 because of the report from the sun monitor located on the right side of my site. Today the sun had an X Class Flare (the largest class of flare) and it's the 2nd time it has happened in the last 30 days. People living at 40 degrees north latitude may be seeing aurora borealis this evening. I will make sure to go outside, away from city lights and look north. 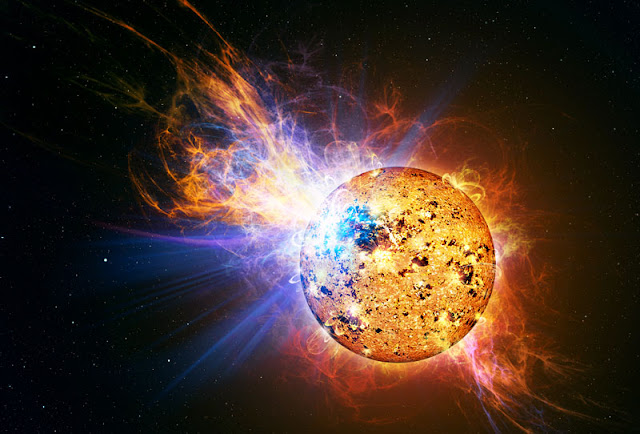 We have simply entered the beginning of solar cycle 24. There has been more sun activity in the last two months then there's been in the last two years. You may want to start preparing for you and your family. Here's a link on how to survive without electricity for a month. Better safe than sorry.