What Killed Thousands of Birds and Fish Around the World? 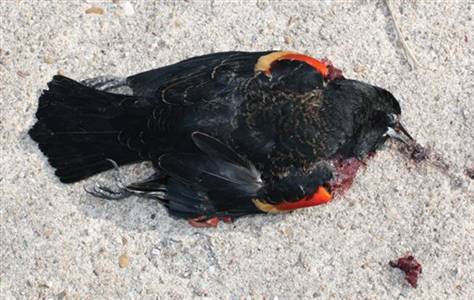 There has been a sudden death of millions of fish and hundreds of thousands of bird's throughout the world in less than a week. 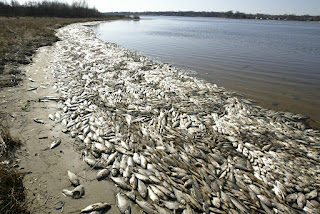 About 5000 red-winged black birds fell dead from the sky in Beebe, Arkansas January 1nd 2011 right after midnight.  100,000 fish wash up on the Arkansas river the very next day.  2 days later, more than 500 blackbirds turned up dead in Pointe Coupee Parish, Louisiana and dozens of more birds have been reported dead in Gilbertsville, Kentucky. Over 300 dead birds fell from the sky in Alabama.  Brazil, it's reported that one hundred tons of dead catfish, croaker and sardines have washed ashore. In New Zealand hundreds of dead snapper have been found.  Swedish officials are reporting the deaths of dozens of birds. The Baltimore Sun is also reporting the sudden death of 2 million fish in the Chesapeake Bay.  More than 100 birds found dead along highway 101 in California.  Dozens of birds dead in Missouri.  Thousands of dead fish along Chicago's lake front.  In England they reported to find more than 40,000 dead crabs.  Thousands of Turtle Doves fell dead from the sky in Faenza, Italy.  More than 50 birds found dead in Sweden

Many eye witnesses say "It was as if they were committing suicide" slamming themselves into the side of buildings, trees, cars and whatever else was in front of them. 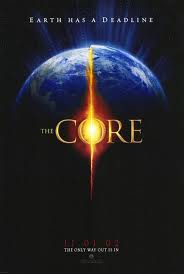 This reminds me of the movie "The Core" where thousands of pigeons slam into buildings and fall from the sky due to the core of the earth stopping its rotation.  What's killing all these birds and fish?  Some say it was fireworks.  Some say sonic booms from a plane. Others think it's from weather anomalies. Others speculate poison.  I've even heard overeating may be the cause.  To top it all off, it's been reported that the animals were bleeding internally as if they were put in a microwave. WTF!

Under the water and in the sky, something very strange happened that killed these animals.  It wasn't the weather, fireworks, sonic booms, poison or overeating. I don't believe this was not a natural phenomenon either.  Whatever killed these animals killed them very quickly as if they were zapped, and I personally believe that's exactly what happened.  But what kind of technology could do such a thing and who the hell was behind the "ON" button?  Try, Electromagnetic Wave Technology or Scalar Wave Technology or both.

Take a look to what happened on radar.


The weather guy explains it all by saying he has no idea what it is.  You tell me.  Here's a professional weather man who is very well trained to read radar telling the reporter it's a complete mystery.  Notice again how the anomaly doesn't move with the rest of the clouds.  Something very strange is going on and it's not the weather.  The dead fish and birds were zapped by some kind of wave frequency.  What else would instantly kill thousands of birds and fish making them bleed from the inside? 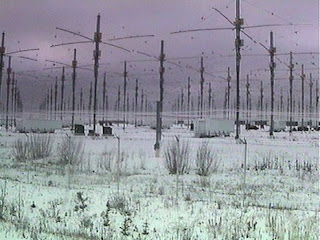 "Scalar wavelengths are considered to be finer than gamma rays or X rays and only one hundred millionth of a square centimeter in width.  Unlike other wavelengths, they flow in multiple directions at right angles off electromagnetic waves, as an untapped energy source called 'potentials'.   Potentials are particles which are unorganized in hyperspace - pure etheric energy not manifest in the physical world.  Scalar 'potentials' can be created artificially and when focused into a weapon and can do major damage to an object's location in space-time. That which determines the object's natural pulse of matter and anti-matter cycle can become stressed when targeted by scalar waves made of artificial potentials, because they are almost always absorbed by the nucleus of an atom, not the electrons in orbit. " - Source

Basically frying the atom from the inside out.

Apparently the HAARP has these capabilities and many people believe this was a test of it's power.

The HAARP or High Frequency Active Auroral Research Program is used to analyze the ionosphere and investigate the potential for developing ionospheric enhancement technology for radio communications and surveillance purposes (such as missile detection). It's also used as an ionospheric heater. Many people also believe there are other sinister uses for the HAARP, such as weather manipulation and mind control. Basically this thing blasts billions of watts of power into the ionosphere and heats it up.  In retrospect, nuclear bombs were exploded in high altitude tests in the late fifties and early sixties by both the U.S.S.R. and the U.S. which caused weather and jet stream changes that lasted almost 20 years.

But this isn't the only facility of its kind, other such US facilities are located at Arecibo, Puerto Rico and Fairbanks, Alaska.  Around the world they can be found in Tromso, Norway; Moscow, Nizhny Novgorod and Apatity, Russia; Kharkov, Ukraine and Dushanbe, Tadzhikistan.   There are currently 72 such facilities around the world although none of these systems have the combination of frequency capability and beam steering agility as the HAARP does.

The real question is, what are these faculties really being used for?

"The ionosphere is home to many beneficial natural phenomena among them, filtering the sun's harmful rays and although it's not totally understood, the ionosphere also directly effects the weather systems and the jet streams." - Source

So why the hell would you want to heat it up?  The powers that be are more interested in experiments then the actual effects they could potentially have on our planet.

So then I ask could this be what killed all the birds and fish in less than a week?  I feel it's a good chance that it is.