How is it that the largest oil spill in history seemed to dissipate with in a matter of days?  All I'm hearing throughout the major media outlets is "it's not as bad as we thought" or "Mother Nature is really helping us out on this one." Seriously??

This oil spill was literally 20 times bigger then the Exxon Valdez spill back in 1989 which was considered to be one of the most devastating human-caused environmental disasters in history.  The Prince William Sound where it took place still hasn't fully recovered today twenty years later.

Come to find out, all of the scientist who are doing all of the calculating  of where the oil has gone, are all employed by BP.  What's wrong with this picture!? 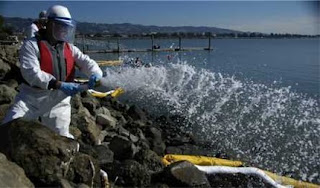 Their saying that just because they can't see it on the surface that it must have dissipated.  Did you know that BP has been spraying a toxic chemical called Corexit 9500 on top of the oil to make it coagulate and sink to the bottom.  Well now we know were all that oil went. It hasn't dissipated at all, they simply sank it to the ocean floor.  On top of the fact that Corexit 9500 is apparently just as toxic as the oil is!  But of course BP is denying that statement saying that it's completely non-toxic.  Get this, even know that the federal directive is to rarely use chemical dispersant, the Coast Guard routinely approved the use of spraying thousands of gallons of chemicals into the Gulf of Mexico.  If it's non-toxic, then why is the guy above wearing all that gear? 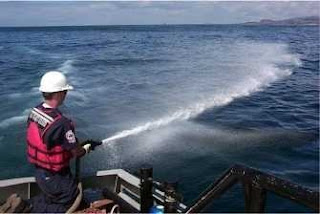 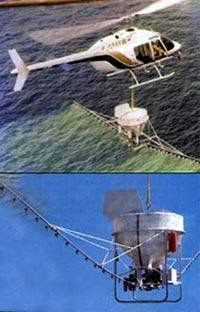 Rep. Edward Markey, D-Mass., released a letter Saturday that said instead of complying with the EPA restriction, "BP often carpet bombed the ocean with these chemicals and the Coast Guard allowed them to do it." Congressional investigators charge that the Coast Guard routinely approved BP requests to use thousands of gallons per day of Corexit despite a federal directive to use the chemical sparingly. 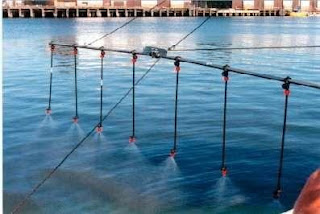 I also read that Corexit® 9500, is considered 4 times more toxic than sweet crude oil. Because of its toxicity to humans and marine environments, the United Kingdom has banned its use altogether. Since the spill began, BP has dumped millions of gallons of dispersant chemicals, either underwater, by boat or by air, to sink the crude oil to the bottom of the ocean.

There is now a class action suit against BP due to the people claiming that they're having breathing and gastrointestinal problems, as well as the widespread respiratory problems being experienced by people on the Gulf Coast which are directly related to BP's use of the toxic chemicals.

What is this world coming to?  Greed? Money?  Unfortunately, I think that about sums it up.  What does the future hold?

Below is a link to the movie Collapse, please watch, it is absolutely a must see and I could not peel myself away. From the acclaimed director of American Movie, this portrait of radical thinker Michael Ruppert explores his apocalyptic vision of the future, spanning the crises in economics, energy, environment and more.  This post relates because it's all part of what Ruppert says. Prepare yourself for the future as you attain your attainablemind.
Part 1
Part 2
Part 3
Email ThisBlogThis!Share to TwitterShare to FacebookShare to Pinterest
Newer Post Older Post Home