Something Very Strange is Going On Durring Solar Cycle 24 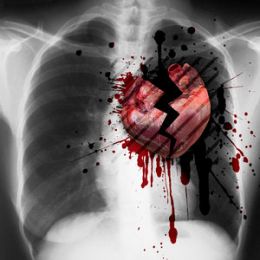 I don't know about you, but I feel along with many others that people have been acting very strange lately. I've noticed many relationships between men and women have been being put through the hardest tests of their lives. Some will make it and some will not. People in general seem to be on edge around the entire world. Just look at all the riots and uprisings that have taken place.

Something cosmic is happening to the molecular structure of our entire planet and it's changing everything on it, including the minds and attitudes of people. It has been shown throughout history that most of the large scale violent occurrences, (wars, riots, ect..) have happened during the sun's solar cycle. Well if you've noticed, the sun has been very active lately. Solar flares and sun spots are are showing up on a daily basis. We are now experiencing solar cycle 24 and it's just getting started. The solar maximum (when the sun will show the most activity) is supposed to take place near the end of 2012. 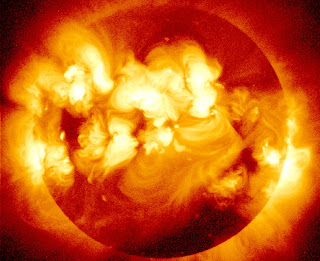 It's very possible that a massive solar flare will happen in the direction of earth. If it's large enough, it could destroy every electrical circuit on the planet. Try to wrap your head around that for just a minute. Try to imagine earth today with no electricity. It would literally shut down. Even back up generators contain electrical circuits that could fry.

Now for the conspiracy side of things. Okay so we have the solar cycle 24 happening and maybe the governments know something we don't regarding a massive flare. Could this be one of the reasons so many huge underground bases are being built? At the same time could the HAARP and corporate media be using this time to create negative thoughts and feelings in people so their not paying attention to whats really going on? If people are not prepared, people will die. Billions and billions of people will die. Simply because so many people depend on electricity to get their daily needs. Only the elite will live and I imaging that's what they want.

Stock up and be ready for anything while you attain your mind.
Email ThisBlogThis!Share to TwitterShare to FacebookShare to Pinterest
Older Post Home