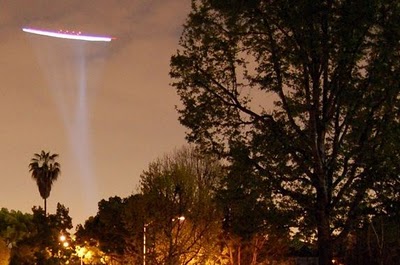 There has been a new UFO sighting that has taken the world by storm and the United States is doing everything it can to make it seem like a hoax.

First off, lets get a few things out of the way before we dive into this UFO case.

This UFO was caught on tape and witnessed by hundred's if not thousands of people all throughout Hangzhou China, many who were interviewed.

The Xiaoshan airport in Hangzhou closed down for four hours and planes were rerouted because of the UFO sightings.

Do you think people who live in the vicinity of an airport know what planes in the air look like?

Do you think it's possible that those same people all of a sudden got delusional and forgot what a plane in the air looked like?

Do you think that hundreds of people who don't know each other would all decide to make up a UFO story the same day?

Do you think that air-traffic control for the Xiaoshan airport would have knowledge of other aircraft in the vicinity?

Do you think an airport would shut down for an aircraft that was identified?

Do you think Photoshop can make moving video animations like CGI?

Apparently, some guy at MIT does. Take a look at this clip:

This type of reporting makes me sick. Notice how the reporter has a sarcastic look on her face as she says, "you know those UFO's over China that everybody talked about, Twitted and threw on the internet." Notice how she looks off to the side as if the story is just sooo stupid. Look at her body language, it's like if you actually believe this stuff you're an idiot. What a bitch!

Then she says "it may have been a hoax," then, "an MIT analyst says it appears to be faked with a Photoshop software." Wait--hold on here. A "Photoshop software"? So is it Photoshop or isn't it? By the way, Photoshop doesn't do moving CGI type of animation. You would think someone at MIT would be a bit more specific to what software he was referring to. "A Photoshop software" is not specific and sounds like BS.

Then notice the headline at the bottom of the screen. "UFO SIGHTINGS DEBUNKED - MIT ANALYST SAYS IMAGES WERE FAKED" even though the reporter equivocates with phrases such as "may have" and "appears to." They choose their words wisely and the dialog was very carefully written. This way they're not actually lying. Then they try to debunk all the other videos and pictures by saying that the MIT analyst says it appears to be ballistic missile testing.
Don't you think the Chinese military would have informed the airport they were going to do missile test over the freaking airport! Give me a break! "The video caused such a stir on the internet and Twitter". Isn't Twitter on the internet?? (They just love to promote Twitter.)
At the end, the weather guy says "really, ... fake, come on" (being very sarcastic), then the reporter laughs and the weather guy says, "It did look pretty cool though. Whoever did it did a bang up job on it." So here they both are trying to make you feel like an idiot if you actually believe this stuff. Don't let these liars fool you, this event was very real according to the rest of the world.
Take a look at the report by BTV China:

They took this a bit more seriously.

Why did the news in the U.S. do nothing except to try to make this look like a fake? What's the motivation behind this? Why can't they take the UFO phenomenon seriously? What are they so afraid of?
Here's the main video that caused all the stir.

Does this look like a fake to you? Does this look like the work of "a Photoshop software"? I think not. Open your mind and beware of crooked newscasters, which is about 90% of them. Attain your mind.
Email ThisBlogThis!Share to TwitterShare to FacebookShare to Pinterest
Newer Post Older Post Home