I know what I saw - A History Chanel UFO Documentary 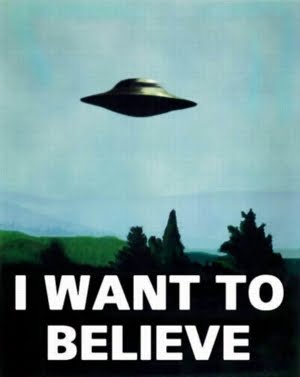 This is a great documentary produced by the History Chanel directed by James Fox.  It covers the NPC national Press Club UFO conference November 17th 2007 held in Washington D.C.. The people that were interviewed in this documentary are government officials, commercial airline pilots, political leaders and many others who are obviously sane and educated.

There have been more than 10,000 unsolved real UFO cases sense 1950.  The government has been covering the truth behind this phenomenon ever sense the beginning and the people who have seen them with there own eyes can not take the secrets any longer.

The important thing to realize here is the fact that these witnesses are your regular everyday professionals. Not conspiracy theorist, not UFO enthusiasts, not drug taking hippies but outstanding members of society.

Don't you think you have to be, not only kind of smart, but you have to possess exceptional skills in order to become any one of the professions above. On top of the fact that when someone cry UFO, it's typically scrutinized as non-sense. But believe it or not, most commercial pilots believe in UFO's.  Gee, I wonder why?


I thought this next one was quite suited for this post.  This is a recording of filght 564 with America West Airlines.  At approximately 10:30p.m. on May 25, 1995, Capt. Gene Tollefson and First Officer John J. Waller, piloting the aircraft from Tampa, Florida, to Las Vegas, Nevada saw a huge dark wingless object with a row of bright white lights just like the one seen in Phoenix two years later.