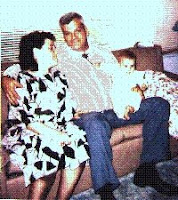 Phil Schneider was a was a geologist, structural engineer, and underground tunneling expert that worked for the government for 17 years. He came out in 1994 blowing the whistle on everything he saw and knew while working on secret government Black Operations. He was murdered within three years and they said it was suicide. Many people find his claims outlandish and crazy. When you listen to everything he has to say, it is truly UNBELIEVABLE! Apparently the more unbelievable the story is, according to his wife, the more accurate is was. His story relates directly to my last blog "The Ultimate Conspiracy", this is going to go more in depth on the underground bases, the Alien agenda, New World Order, and depopulation. 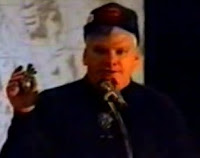 ey were excavating down into the earth and hit a pocket. A fowl smelling putrid air came from the pocket. It was very strange to say the least. They knew it was something down deep that was not suppose to be there. They sent down a team of Black Berets and of course Phil. Once they got down into the hole it opened up into a cavern and were faced with a group of Alien Grays (one of the many species of aliens). The alien Phil saw carried a plasma weapon that was strapped to it's chest. Phil, grabbed his pistol shot off all nine rounds and hit the alien gray, while at the same time got hit by it's plasma weapon. It split him "open like a fish" and melted three of his fingers off. One of the black beret's helped him on to the lifter to escape. Phil and two other survivors made it out and there are now only the two survivors are left according to Phil in 96'. Phil was the only one willing to come out about what he saw.

Once he got fed up with everything he witnessed, that's when he decided to come out. He felt he

was doing his part by working for a government that he felt he was on the side of the good guys. That our government was true to it's people and up held the Constitution. Then he saw the truth concerning the alien agenda along with the new world order. That's when he decided it was time to speak out before it was to late. I think by now, most likely it's already is. The media seems to have too much of a stronghold on the majority of America these days. We seem so worried about money and corrupt business, who has time to worry about aliens and underground bases? Tthat stuff is just nonsense. 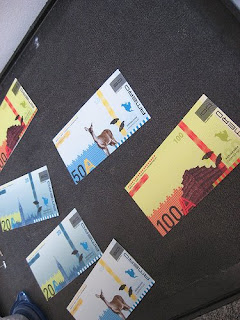 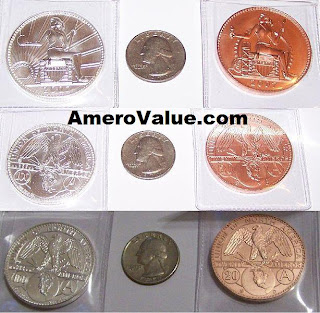 he "New World Order". If you notice it's already happening. All of Europe is minimizing the borders between it's country's and have instated the Euro. There are now talks of an Amero that has already been designed and ready to be put into circulation. That's right, one currency for all of North America. What does all this mean, well first it starts with the currency's and that leads to a blending of country's, which will need to be regulated by one government. Ever heard of the United Nations?? The UN is already in one way or the other governing every country in the world. The UN is by far the strongest power in the world, here are just some of their polices: 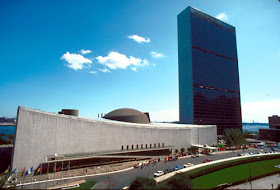 This is public knowledge, and is there for all to see.

OK so the alien's want a New World Order, why? Well now they would have control over the 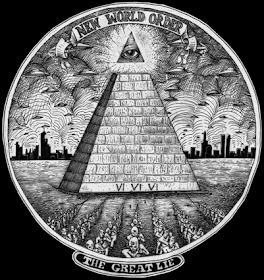 world's government, and now it would be time to weed out what they would consider the bad genes and keep the good one's to carry on the Human race. If your going to start a new world with a new population of people then your going to only want the best of the best genes to be carried on. So only the strong, healthy and smart will be aloud to carry on the human race. Makes sense to me. How do you weed out the bad? How about a swine virus. A nice little cocktail of microorganisms ready to wreak havoc on the weak. With the technology we have today and the mad scientist that are some of the worlds smartest people and along with alien technology, I believe they can concoct any designer diseases they want. Aids was apparently made up of human-animal-alien excretions for which they have had a cure for. Take a look at where Aid's has taken the biggest effect and the dots start to connect. Remember this new race of humans is going to be the master new race. A global race of the most incredible people on earth, soon will be the only people on earth.

If the world has a plague that can't be stopped, there will be a shutdown and quarantine of all governed areas. So unless you have a real good hideout in the amazon forest, or in the woods of Alaskan, plan on being in quarantine or in a lock down of some sort. The goal is to round up all the humans on the planet and figure out which one's to keep and which one's to compost after they excrete our adrenal glands for themselves. If you can't round them up wit

h a diseases of some sort, then it will be a war of terror. And if not a war of some sort, then of-course a "natural disaster", go ahead and enlarge the photo to the right. It's the scenario of what will happen if they decide to speed up the melting of the ice caps. Either way it's going to be in "your" best interest to do what you are told. Yes it's going to be scary for most, but in that fear, your going to trust what your government is telling you, and your going to want to do what your told because it's going to make you feel safe. This sound crazy I know, but remember, Nazi Germany was only 69 years ago. When the aliens have all the humans right where they want them, quarantined in small areas, then they will be able to hand pick the few that will carry on the human race.

What does this have to do with Phil Schneider? That fact he knew abo 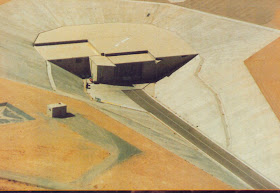 ut the alien agenda of depopulating the earth and the underground bases where they conduct business with the aliens
such as bioengineering with alien-human-animal gene splicing experiments. He knew about the excretion of human adrenal glands for alien consumption. He knew the government has been working with the aliens for a long time. He talked about the different alien races and the different agenda's that they have. He exposes it all! His talks will simply blow your mind.

Then again, you may just assume that this is all a bunch of B.S. by some mental quack. I d

on't think he was and I believe he was telling the truth. I have listened to what he has to say many times, and I a 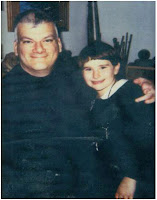 gree that it's WAY out there and that it's quite hard to wrap your head around the details. I guess what I find hard to believe is that some geologist that worked for the government for seventeen years all of a sudden decided to put his life and reputation along with his wife and daughter on the line for some crazy wacko story that he thought would be fun to tell people while maybe making a few bucks here and there. Just to get attention maybe?? Really?? And who's attention do you think he was getting when he was alive? Just about anybody he could get to listen, people don't respond well with the things he had to say. Phil spoke to approximately forty thousand people in three years when he was alive. His message lives today and is spreading around the globe. Phil Schneider's story is to important to go unnoticed.